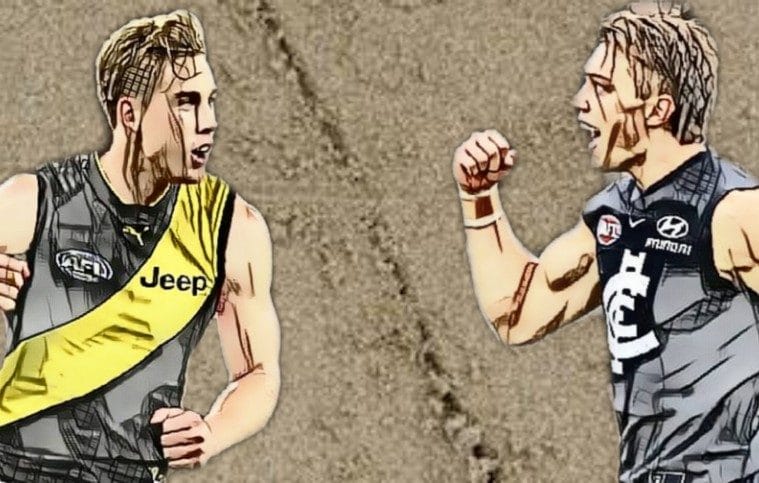 In the context of a normal AFL season, a loss isn’t catastrophic by any stretch.

Take a look at the 2019 Richmond team as your example. After 13 rounds of the season, the Tigers sat at 7-6, but they had basically half the season to rectify things.

And history shows that they sure rectified the hell out of things last year, right?

But 2020 is a different beast indeed. Missing five games from the fixture already, every contest carries even more significance than usual, and an off-week could represent more than just a bump on the road to finals. It could cause a team to careen off the road, crash and burn, and completely blow up their finals chances altogether.

A little over-dramatic for you heading into the first game of the season?

Perhaps, but in a season where 17 games is the absolute maximum amount of contests that will be played, we really are in uncharted waters here, and if we see the season shortened again due to circumstances beyond our control, early losses could prove to be incredibly costly.

Looking at tonight’s Carlton v Richmond clash to open the season, it is time Carlton stopped handing the Tigers four points, and made a stand. The Blues haven’t toppled the Tigers in Round One since 2012, effectively giving Richmond a kick start to their season every time they play. If Carlton wants to be taken seriously, and it’s about time they do, the time to make a stand and say enough is enough, is tonight at the home of football, in front of… no one.

Carlton burst out of the gates against the Tigers, putting on a five-goal blitz as the words “premiership” and “hangover” were combined in relation to Richmond. The Blues looked like a million bucks as they ran, hassled and buffeted the Tigers in the first quarter.

But the hangover didn’t last long.

Damien Hardwick gave his charges some Berroca at quarter time and the Tiger machine started rolling again. And it rolled over the Blues once more.

2020 provides us with a strange scenario. Devoid of crowd noise, and without the Tiger Army” flocking to the MCG to throw their sizable support behind the yellow and black, Carlton are looking to throw a spanner into the works of the reigning premiers.

They add a pair of Jacks to a deck already containing an ace of the competition. Jack Martin and Jack Newnes debut for the Blues in what has the potential to be a seminal moment for the club, or a baptism of fire for the pair. Martin showed glimpses of form in the pre-season, whilst Newnes looked as though he was working the rust out of his game. Their additions SHOULD bolster a Blues team looking for an upset, but as always, Carlton will live and die by the exploits of their superstar, Patrick Cripps.

How the Tigers combat Cripps will be enthralling. Whether they even bother will be telling.

Richmond doesn’t tag. There is no one in that team who looks like a purely defensive player. Jack Graham can get the job done, and he is a tackling maestro, but every single Richmond player (except maybe Dusty) comes into games with some semblance of a defensive mindset. It is a hive-mind approach to defence  – manic pressure combined with the dare to use forward handball.

Richmond offers a gauntlet for the Blues to run. Handball forward at your own peril. Go on… we dare you. They can do it and win… if they’re good enough.

But are they good enough?

The Blues look weak up forward, with Mitch McGovern and Levi Casboult the two tall options, and Michael Gibbons the roving, small goal sneak. Hardly the sort of line up that instils fear in a defence, is it?

The Blues are missing the core of their forward set up. Harry McKay is a couple of games away, whilst Charlie Curnow won’t see action any time soon. New/Old recruit, Eddie Betts pinged a calf muscle and will spend a couple of weeks wondering whether age is catching up to him more rapidly than ever, and their absences leaves the Blues extremely short-handed up front.

Down back, their defence is solid. The combination of Jacob Weitering and Liam Jones  is very solid, and after a Marsh Series to shake the cobwebs off, having the cool head of Sam Docherty back to steady the ship will be more than welcome, but this Richmond forward set up is imposing.

Tom Lynch re-established himself as a forward powerhouse in 2019, and he did it without a pre-season to work into shape. He kind of nursed himself through to Round One, and got progressively better as the season went on, which was incredibly fortunate, given the horror season for Jack Riewoldt.

Usually incredibly durable, Jack seemed unable to get his legs under him in 2019, and it was only on the big stage of the Grand Final, matched up against another injured player, that he was able to break the shackles. A fit Jack Riewoldt working with a fit Tom Lynch is a complete nightmare, and has the potential to turn the dream of the 2020 season into a nightmare for the Blues.

And so, we move back to the middle and the man who will largely dictate whether Carlton sinks or swims in a sea of yellow and black – Patrick Cripps. What can we expect from Cripps in a season that is robbing him of 20% of game time before games even begin? Do we see him play the same amount of game that he normally would? Do the Blues stagger his minutes in the interest of saving his legs?

This season could be over in the blink of an eye. Any break in games could lead to a permanent suspension of the season. There is no reason to hold Cripps back wondering “what if…” From the first bounce, Cripps needs to make the statement that he is not going to allow Richmond to run over his teammates anymore. Is it a line in the sand game for the Carlton co-captain and his team?

Yes it is, but not in a Hawthorn v Essendon kind of way.

He will get support from Sam Walsh, who looks as though he will turn into a reliable 25-28 touch per game player, but the Blues need some of their fringe players to become more consistent. Paddy Dow, Sam Patrevski-Seton, Jack Silvagni, Zac Fisher… I have had enough of seeing them playing cameo roles. They need to start taking on bigger roles.

And they need to start now. Cripps has big shoulders, and Walsh is progressing nicely, but neither is strong enough to carry passengers, and the Blues have had too many for too long.

Carlton have been pushed around by Richmond for longer than they’d care to admit, and their abuse is televised on opening night of the season every year. This season, with so much going on, Carlton needs to stand up, make a statement and stop the rot against the Tigers.

This season, every game we get away carries more significance than ever before. These four points are not just another game – they are vital to both a team looking at back-to-back flags, and a team wanting to start making in-roads toward finals.

What if we only get ten games away this year? What if we get 12?

Four points has never been more important, and if the Blues want to be taken seriously, they have to start with a Round One win.

Can they do it?