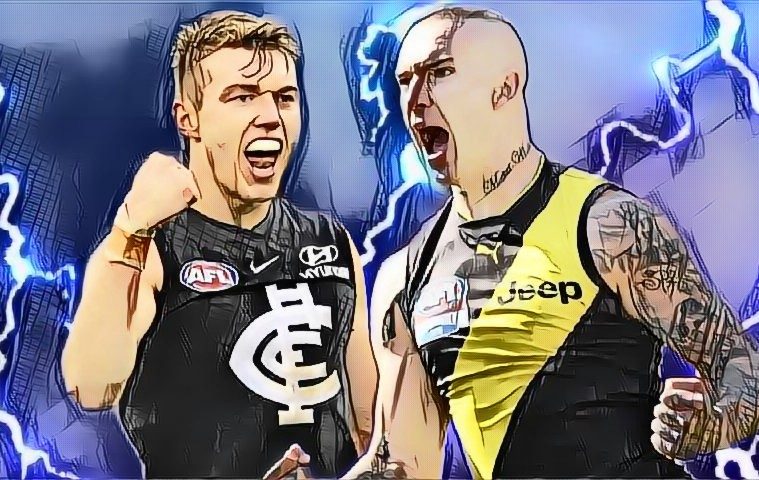 It feels strange at the moment, doesn’t it?

This is supposed to be the time of the year that the momentum builds, the excitement is palpable and we’re counting the days until the first bounce.

But that seems to have been derailed.

With people grousing about the state of the world, the potential state of their lungs, and the state of our collective response to the latest health threat to our society, we were on the cusp of losing our season last Friday. I looked across at a co-worker and lamented that “they’re going to pull the pin, aren’t they?”

The AFL’s decision to play Round One without fans in attendance lifted my spirits. It’s a gutsy decision in a climate where panic is king and follow the leader is the way the sports world operates. In this case, the AFL has made a courageous decision.

And so, as I sit writing this, four days away from the Richmond v Carlton match to kick the AFL season off, I do so with both excitement and trepidation. We’re getting Round One – we’re getting footy! But for how long?

This will be the last time I mention any virus in this preview. At The Mongrel, we’re all about the footy, and as such, you’re only going to get excitement from me as pertains to the upcoming games of footy. The wait has been too long, and the possibilities for the AFL season too endless for me to concentrate on the doom and gloom of games without spectators.

I’m not watching to see Trout from Wodonga or wherever the hell he’s from. I’m not tuning in to see how many times Joffa can tease the wearing of a gold jacket, or how much effort that bloke from Geelong has put into his ‘catman’ costume in the crowd. I couldn’t give a rat’s ass about that kind of stuff at the moment.  I’m watching to see the marks, goals, tackles and bumps (yes, they’re still part of the game) that make Aussie Rules so bloody great. I want my footy, and on Thursday night, by God, I am getting it!

Here’s the Mongrel Punt preview of the season opener.