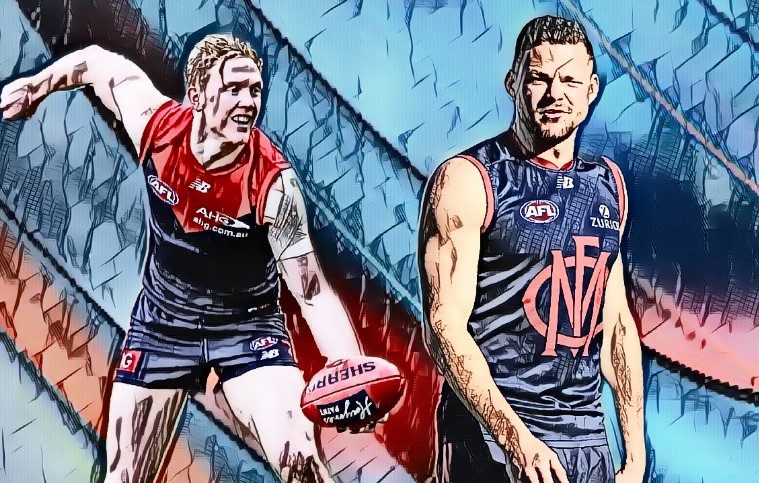 Hope is a dangerous thing. Melbourne fans will tell you all about it.

There was immense hope heading into the 2018 Preliminary Final, and the West Coast eagles gave them a belting. There was hope leading into 2019, and the team experienced one of the biggest letdowns in recent history.

Not on the first-half performance, they wouldn’t, however the Dees were able to rally in the second half and limit the number of ridiculous turnovers at least to less than that of their sloppy opponents.

The Demons ran out 32-point winners over the Hawks, and had a few standout players. The Hawks… not so much.

Let’s take a look at some.

If I were handing out votes in this, it’d be out of Jack Viney, for his maniacal attack on the contested footy, or Adam Tomlinson, for his relentless run and carry, and his determination to outwork his opponents and run them into the ground.

It was incredible to see Tomlinson at one end, in a situation where he was contesting, only to see the ball swing around on a switch and go into the Melbourne forward line from the other angle, and there was Tomlinson again, contested the inside 50. The man is a workhorse – a running machine.

But the thing is – they have two of them now!

Ed Langdon was doing the same up the other side of the ground, receiving from half-back and taking off. While his 25 touches are not as impressive as the 32 Tomlinson racked up, Langdon was a little more daring with the ball in hand, and will be a huge boon for the Dees as his teammates become more accustomed to where he likes to receive, and how he likes to use it.

Tomlinson and Langdon are the kind of combination that should get the Demon fans excited, and maybe… just maybe instil hope again. Not a lot, but a bit. The Dees were lacking outside run – now they have plenty.

And if you judge them by their competition, Tom Scully and Isaac Smith are two of the elite runners in the game, and I thought the demon pair showed them a clean pair of heels tonight.

If we’re being honest, what was Jack Viney known most for in 2019?

It was for being sat on his ass by Sydney Stack. A man like Viney can’t have that… it just won’t do.

He pushed and gestured, challenged and took players on – it was as though he knew he had the Hawks’ number, and was determined to show that he is back in a big way in 2020.

Ten clearances, five tackles and a goal; Viney was on in this one, and for once the commentators didn’t need to tell you how hard at it he is, or how much of a bull he is… we could all see it, and it was magnificent.

I wandered down to Arden Street about a week or so ago and watched a scratch match between the Dees and the Roos, and there were two things that stood out to me. One – parking inspectors are right onto you if you are overstaying your welcome, and two – Jake Melksham was the most influential player on the field.

And the second one wasn’t far from the case again in this game.

Melksham looks as though he is ready to make up for lost time. His absence through the middle of 2019 was acutely felt by the Demons, with his creativity and reliability two things Melbourne really could have used.

He has hit the ground running this pre-season, and his efforts in this game were superb. He finished with four goals to match Bayley Fritsch, and was a disruptor in the first quarter to the point where he was giving James Sicily a belting.

Others may kick more goals than Melksham in 2020. Tom McDonald may return to form. Fritsch might catch fire and start kicking bags, but none will be as important, structurally, as Jake Melksham is to the Dees. He is a difference-maker without the “game-winner” tag. He is the kind of player that makes others around him better, and he looks as though he is cherry ripe to give this season everything he has.

A MISDISGNOSIS FROM JORDAN LEWIS

Jordan Lewis had a howler when it came to assessing the impact of James Sicily in this game, and it was possibly due to being mates with him. Here’s what Lewis had to say.

Jordan… what bloody game were you watching? Here’s what actually happened.

In the first quarter, Sicily overran a ball, swore at himself and Jake Melksham sent it inside 50. He then gave away a free kick to Melksham in front of goals, and maybe Melksham is a mutual friend of Lewis, because he missed the goal from 25 out. He was then outmarked easily by Tom McDonald to close out the quarter.

But it got worse.

He allowed Bayley Fritsch a free run and uncontested mark 12 metres out in the third quarter, gave away free kicks, and was DIRECTLY responsible for three goals to Melbourne.

The three goals were to Fritsch in the third, then Toby Bedford after Sicily kicked out on the full, and finally, Fritsch again when Sic decided a floating kick across goal was the best option.

Jordan Lewis might love Sicily unnaturally for all I know, but to say he was the Hawks’ best player is completely and utterly wrong. He avoided contact unless he was absolutely sure he was initiating it, and bombed the ball long and high in hope too often. You’d want to hope he really didn’t give a crap in this game because it is the pre-season, because to me, that’s how it looked, and you’d want a lot better in a couple of weeks’ time.

This was horrible, and I am glad Garry Lyon pointed it out about six times.

It was evident right from the start – either James Worpel wasn’t thinking about what he was doing, or he was having an absolute shocker. His kicking was atrocious.

People tend to have a whack at Clayton Oliver for his kicking, but he is creative, and though he may hang them out there a little bit when he does kick, at least he has a purpose to what he’s attempting.

The Hawthorn best and fairest will have to watch the tape of this game, learn from his mistakes, and receive the same advice the 16 year old me received from a caring girlfriend… SLOW DOWN!

He seemed like a young man who wanted to do it all and do it quickly, tonight. Maybe with Tom Mitchell back in the team he feels as though his position is threatened? He certainly played like it.

So after I almost spat my Vita Brits out when Jordan Lewis made his James Sicily proclamation, I sat back and watched James Frawley do what he has been doing for both these teams for years – his job.

If you want to know who Hawthorn’s best player was, forget the midfield and forward line. Then forget Sicily as well, and give some credit to James Frawley.

I’ll admit there have been times over the years where I have had a face palm reaction when Frawley has tried something or other, but this game, he was rock solid. And for that matter, most games he is rock solid. He is no mess, no fuss and tonight he was about as good as any Hawk on the park.

THE LEVER AND MAY COMBINATION

It all started coming together a little bit in this game, didn’t it?

Looking trimmer, May had a couple of nice moments where he laid his body into a Hawthorn opponent and made them feel it. If Jaeger O’Meara or Chad Wingard are a little sore tomorrow, they may think of Steven May and frown.

The big fella looked good, and aside from a couple of early turnovers, his defensive efforts were top shelf.

Throw in Lever, who looks as though he is ready to finally build on the potential he displayed in Adelaide colours, and you can see why the Dees were okay with Sam frost departing.

May had 21 touches and seven Rebound 50s (several from kick ins)  as well as eight big spoils for the game, whilst Lever had 21 of his own, and added nine intercepts to his name.

Really happy to see Jay Lockhart finding his place in the Melbourne team. Is finding himself as the release man from stoppages in defensive 50 a fair bit, and as a result, is being caught in tackles almost immediately upon receiving the footy. Obviously still needs some work around structures to give him a second release, and keep the forwards off balance with quick ball movement.

Chad Wingard… I am not impressed. Knocked off the footy way too easily at the moment, and too often.

Loved the sidestepping of Clayton Oliver out of trouble. Some people just have that innate ability to avoid the tackle, and change direction. Oliver makes it look easy. Did what he had to in this one, and didn’t try to do any more.

Good to see Tom Mitchell get through. He started to look a little more settled and, though the pressure on him came quickly when he touched the footy, you can tell his best is not far off.

Christian Petracca was good again without being a 38-disposal dominator. His ability to weave through traffic and change direction was a big part of the Dees getting on top.

Overall, it was a good win by the Dees, pulling away. We saw flashes from Alex Neal-Bullen, a pretty damn good first half from Big Max and some nice ball use from Nathan Jones.

I wish I had that many nice things to say about Hawthorn. In a game that saw skills degenerate at times, they were the main offenders. Harry Morrison, James Worpel and Oliver Hanrahan were walking clangers and if one of those blokes didn’t have the Peter Crimmins Medal at his place, I reckon all three would be under question for Round One.