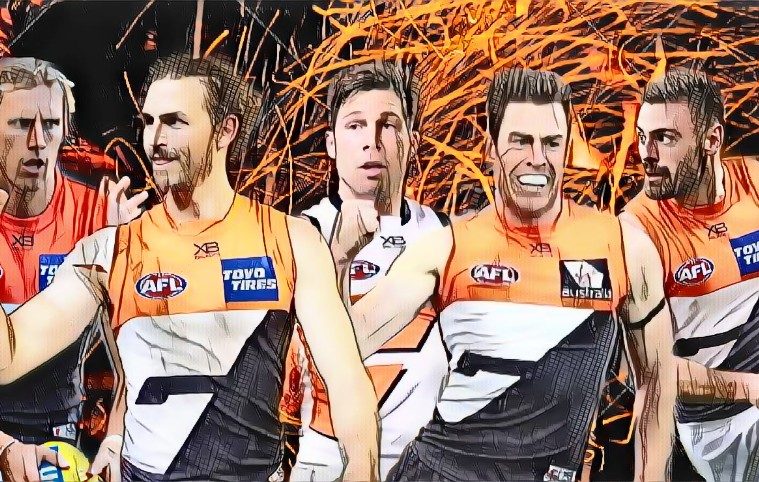 The 2008 United States Basketball team was a driven bunch of individuals.

Having seen their previous Team USA incarnations humbled at both the 2004 Olympics and 2006 World Championships, the biggest names in the game made a vow to bring home the gold medals in 2008.

“It’s the gold, or it’s failure,” remarked LeBron James when asked about their expectations. With Kobe Bryant, Dwyane Wade, Carmelo Anthony and Chris Paul all part of the squad, the USA team was loaded, and they delivered on their promise, defeating Spain in the final to re-establish the USA as the dominant force in world basketball.

Prior to the formation of the “Redeem Team’ the state of the international basketball, at least when it came to the United States, seemed a little less important. It took two consecutive rude shocks to jolt them into action, and it took players taking responsibility to rectify just how far they’d let their representative team fall.

They decided they’d had enough, and it was time to make a stand.

Whilst comparing the 2020 Greater Western Sydney team to a squad full of world-beating NBA superstars might be a bit of a stretch, the Giants enter the new season with one thing on their mind – redemption.

After a complete and utter humbling in the Grand Final at the hands of the all-conquering Tigers, GWS were left a shattered bunch. Following a thrilling run through the finals, the Giants reverted to the up-and-down form they displayed during the home and away season, having one of those notorious down days when it mattered most.

And the Tigers feasted as a result.

Without their future leader, Stephen Coniglio, and forced to make do without Callan Ward for almost the entirety of the 2019 season, GWS undid all the good work in the lead up to the ultimate test.

Three weeks before, they had laid waste to the Western Bulldogs, who had looked as though they could be ready to repeat the glory of 2016 with a run of great form in the second half of the year. GWS put a sudden stop to that, halting the Dogs in the Elimination Final with a brutal display of physical football that left the Dogs red, white, black and blue. The Giants threw their weight around, and attacked the bodies and minds of their Bulldog opponents. They were relentless, brutal and some would say they stepped over the line.

It was a dominant display of how to dismantle a team, physically and psychologically, and it exposed the soft underbelly of a Bulldog outfit who were unready, and unable to respond to the challenge.

Next up, the Giants held off a desperate Brisbane Lions, with Brent Daniels running onto a ball and slamming through a late goal to carry them home. The efforts of the defence (ranked 14th heading into this season by those in the know at Champion Data… sigh) stood tall and repelled a frantic Lions team to see the Giants move into the Preliminary Final.

And it was in that final that the defence stood tall again, with the Magpies closing in on what looked to be an unassailable lead early in the fourth quarter. Grundy was dominating the hit outs (only one to advantage in the entire fourth quarter, it should be noted) and the Pies were pressing, but time and time again the defensive efforts of Phil Davis, Nick Haynes, Sam Taylor and even Shane Mumford denied the Pies.

When the siren finally rang, the jubilation on the faces of the Giants was overwhelming. They were about to take the big, big sound to the last Saturday in September.

But the music died that day, and the same GWS squad that was so clinical, so courageous and so tough fell apart under the intensity of the Richmond pressure. The team that stood up to the Dogs, Lions and Pies in the finals became more akin to the team that laid down to the Dogs and Hawks during the last three weeks of the home and away season.

This would have been a painful off-season for  the Giants. Thoughts of what could’ve been will haunt them for a long time – the ones you lose always stand out in your mind more than the ones you win; any old-timer will tell you that. The problem is, the Giants don’t have a win under their belts to begin to ease the pain of a loss like that. Will 2020 be the year they right their most recent wrong?

The re-signing of players over the past 12 months has been a boon for the Giants. Long term deals for Stephen Coniglio and Lachie Whitfield complement the commitment of Toby Greene, Tim Taranto, Josh Kelly and the pending signature of Jeremy Cameron. This is a team that believes they are on the cusp of something great.

But it is going to take a bit more than belief to get them over the line this season.

Coniglio will return to the fray, as will Ward who will offer the Giants even more flexibility in the middle. It will be interesting to see how this impacts the development of not only Taranto and Hopper, who both took huge steps in 2019, but the opportunities for Jye Caldwell, Jackson Hately and the newly acquired Tom Green. Is there enough room for all this talent? And if not, who gets squeezed out? And where will it leave them after 2020?

They have addressed the issues in the ruck, enlisting the aid of Sam Jacobs to combat some of the more dominant big men in the game, and to allow the lumbering and brilliantly clumsy Shane Mumford respite.

They possess firepower up forward with the reigning Coleman Medallist, Jeremy Cameron, and the hit-and-miss Jeremy Finlayson taking the majority of the heat, and allowing Toby Greene to be…well, Toby Greene.

The defence is stacked, with Davis, Zac Williams, the emerging Sam Taylor and the ever-reliable Nick Haynes, who finally got some of the recognition he so richly deserved in 2019.

There were those who, with the benefit of hindsight, should not have played in the Grand Final. Phil Davis was completely hobbled, and this was evidenced early as Jack Riewoldt was able to get away from him a little too easily. Matt de Boer tried to soldier on, but his knee was giving him so much trouble that he couldn’t walk after the game. Whitfield was on one leg as well, unable to kick at points. You simply cannot carry three badly-injured players into a game like that against that kind of opposition.

They made some huge mistakes, and some players had days they will never forget, but will never want to remember. Finlayson was horrid, Kelly was poor, the departed Tomlinson was ineffective. In short, they had a stinker.

The memories of that day will hurt forever. I hope they do. I hope they eat away at the GWS Giants all season, and the leaders on this team use that hurt to drive them forward.

Ladies and gentlemen, despite the collapse in 2019, this is definitely a premiership-worthy list. It is a list built for now, and it is a list built for sustained success as well. The 2020 version of the GWS Giants have many points to prove. They were not just making up the numbers in 2019. They were not just deer in the headlights of a speeding truck named Richmond, and they are not a team that is going to go away any time soon.

Yes, 2019 was a failure when it mattered most, but the Giants went one step closer to their ultimate goal – one step closer than they’ve ever been. They’ve been edging closer for a few years now, and in 2020 they need to make amends for tripping on that last step and faceplanting in front of the football world.

Are the scars too deep for these Giants? Or are they simply a reminder to never, ever let something like that happen again?

In Kevin Sheedy’s first pre-game address as coach of this team, he eyeballed his players and challenged them to “never, ever let a team dominate you.” Those boys looked their coach in the eye and committed to work for each other and to ensure that never happened.

On Grand Final Day in 2019, they let him, and themselves down.

Only one thing will allow them to come to terms with how poor they were against Richmond. Only one form of redemption is enough for the memories of 2019 to start being erased.

The 2020 GWS Giants are a team on a mission. They are a team of champions working to become a champion team. And they are a team looking at exorcising the ghosts of 2019 with a premiership.

Just as LeBron, Kobe and Wade vowed to take home the gold in 2008, so must the Giants right the wrongs of the past.

It’s the Premiership, or it is failure.