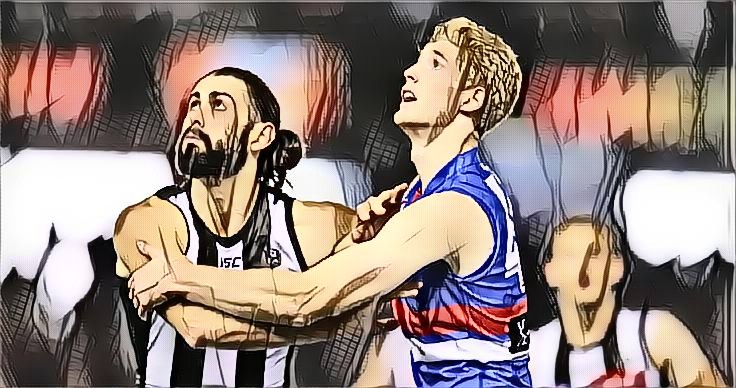 The talk around the end of the 2019 home and away season revolved around a number of plots, but the re-emergence of the Western Bulldogs as finalists was talked about as much as any storyline in the game.

The Dogs seemed to find their feet in the second half of the season, and riding possibly the best midfield trio in the game, the team of the mighty west looked as though they could repeat the fairy tale of 2016.

Alas, The Greater Western Sydney Giants had other ideas, and in a physical beat down, they sent the young Dogs packing for 2019 in the elimination final, just weeks after the Dogs had destroyed them by ten goals. The Giants licked their wounds and came back at the Dogs hard – attacking what they perceived as a soft underbelly of a young Bulldogs team.

It was a painful lesson to learn.

Looking forward to 2020, the Dogs have bolstered their side with the addition of Josh Bruce in attack and Alex Keath in defence, however it is in the middle that they possess both their biggest strength, and their biggest weakness.