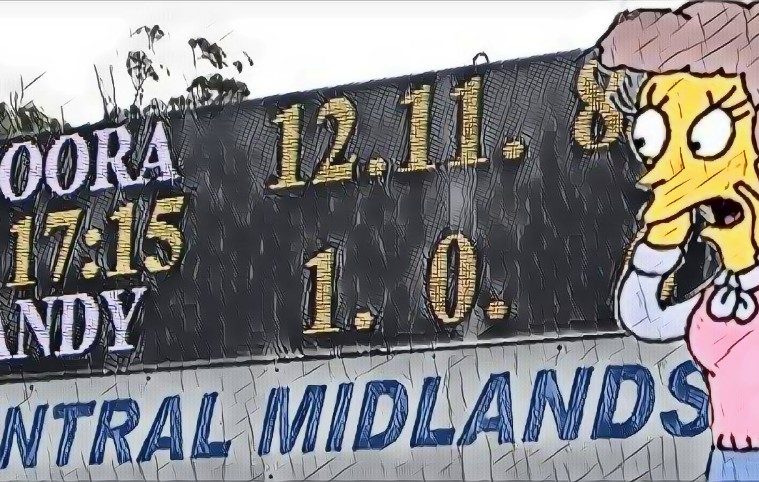 Won’t Someone Think Of The Children?

Kids tend to take footy pretty seriously. Remember back to your teenage years where you would line up at a suburban ground with all the ambition and seriousness as if it was played at the MCG? You were there for the fun, but you were also there to win.

Recently, in junior sports, winning has apparently become a bad thing – or at least winning by too much.

In Queensland, it is being proposed that junior football teams will be deducted a bonus point for winning between 90-119 points, two for 120-150 points and three for winning a game by 150 points or more. All teams would start with 4 points, and these bonus points would be allocated for winning the game by a smaller margin, with up to 8 points for each game available. Such a system is not only confusing, but it can have adverse effects on the fairness of the competition and the way players play the game.

In Western Australia, we have already seen the ramifications of performance manipulation, after the division one side for the club South Coogee was stripped of all premiership points and were automatically given a 60-point loss for the remainder of the season because they requested that they move 6 players from their ‘A’ side to their ‘B’ side, after their B side was promoted from division C to B within the same season. The second side remained in division B despite not wanting to and not winning a game during their three-week promotional trial period. Confusing, and disappointing for all involved.

The WAFC states that while learning to win and lose is important, it’s less important than the personal development of participating players.

I would argue that learning to win and lose is exactly part of a player’s development and association who seek manipulate the tournaments or games to avoid blow-outs are doing more harm for a player and a team than they are doing good.

Let’s go back to Queensland. I said before that winning is always a priority for those who play. Sure, there’s fun, there’s community and there’s all the other great things that come with playing amateur team sports, but when push comes to shove, kids want to win games and they want to play finals. Imagine a scenario then where a team must win a game by a large margin to make the finals: A win by 95 points gives them the appropriate percentage, but then they are deducted the bonus point that they needed because they won by too much. That teams misses out on a finals’ berth because they were good enough for most of the season but too good in the final game. No one wins in that scenario, no one thinks it’s fair. People will lose the desire to come back next year because what’s the point of being penalised for trying too hard?

The manipulation of games does not teach the kids how the game should be played. We do not want a situation where a team simply has to stop trying when the margin gets high enough. In fact, we are literally asking players to tank games, which goes against all the spirit of competition. All this results in is charity goals, which cannot possibly be any better than simply losing the match. Being given junk time goals simply so the margin is smaller doesn’t at all take away from the margin being what it should have been.

Finally, if they seek to look at the development of the players – learning to lose but keep your head up and learning to win but not get big headed are all part of that development. I remember back to my playing days – Under 16s. I was full back. Carine JFC was playing Joondalup JFC who were a newish club. Carine won the first game against them 199-0. Joondalup’s only attempted goal came at the end of the game where their full-forward took a great mark, played on and kicked a great goal – but unfortunately for him the kick came after the siren and the score didn’t count. I remember that game well, because playing full back when you’re winning by that much isn’t particularly interesting and, post-game, my coach promised me a run in the forward line next time we played them.

This is where the lesson is: Five or six weeks later we line up against the same team, expecting another easy win. I start down back, with over-inflated ambitions of being moved forward and kicking ten goals. I didn’t get the chance to go forward and we only ended up winning that game by not much at all – two or maybe three goals. Joondalup, despite the loss, walked off the ground a lot happier than we did. Why? It was their vast improvement that they were happy with and we learned just how dangerous it is to get ahead of yourself.

Don’t get me wrong, losing games and being thrashed every week certainly takes its toll on you. As much as I remember the wins, I also remember the seasons where beltings were regular. Rolling up every weekend certainly becomes a bit harder and the corks you get in your legs certainly hurt a little more. But every loss makes the little successes more important. You couldn’t change the result of the match, but you could walk off saying you may have played better or done something better than normal: kicked a good goal; made a great pass on the opposite foot; finally won a ruck contest – whatever small victory you can find.

Everyone’s lost enough games to know that once you’ve lost by 90, it doesn’t really matter what the final score is – a heavy loss is a heavy loss and you become determined to not lose by as much next time you play.

Being given charity goals is not going to make you feel any better for the loss. Having your season penalised because you want another team to be a little more competitive is just going to make kids lose interest. Missing the finals because of some arbitrary fairness system is not fair at all. If you want kids to keep playing and keep developing as players, do nothing except make sure the division systems are correct.

Even if that means a few pre-season trial matches – particularly for those teams who may have been promoted or relegated and have lost a few players to other interests. Try keep the competition as fair from the start as you can and just encourage the kids to rock up and try their best- win, lose or draw.

Giving them the results that you want will only end up in them losing competitive interest.