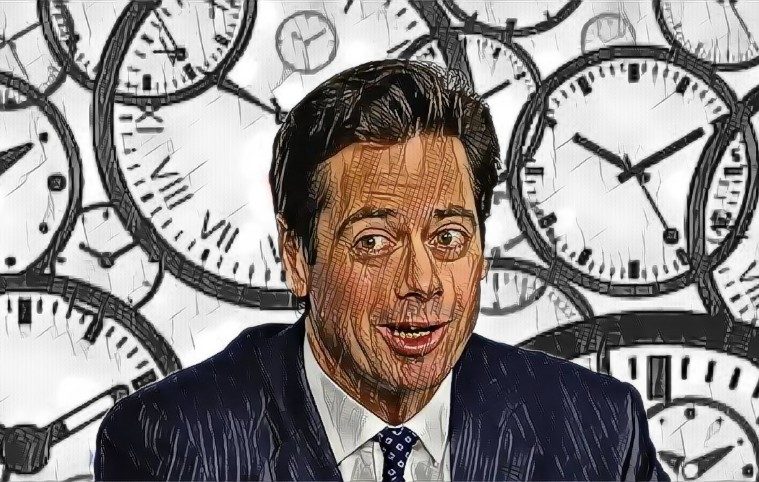 Next season could well be the final year of Gillon McLachlan’s tenure as AFL CEO.

McLachlan, who assumed the role from his predecessor Andrew Demetriou in mid-2014, is reportedly entering the last year of his contract as AFL CEO. The imminent appointment of Essendon CEO Xavier Campbell to the position of McLachlan’s unofficial deputy at AFL House suggests 2020 is shaping as McLachlan’s last hurrah.

Campbell is positioned to be the internal candidate for the role of McLachlan’s successor, but that does not mean McLachlan comes into 2020 without hefty agenda. On the contrary, there is a heap on Gil’s  plate. So, what is high up on McLachlan’s to-do list before he thinks about sailing off into the sunset?

In 2020, the whips will begin cracking on the negotiations for the next broadcast rights deal, with the current monster $2.51 billion deal expiring at the end of 2022. However, there has been widespread unease about the incoming broadcast rights deal with many in the industry believing it will be extremely difficult for the AFL to maintain – let along grow upon – the current figure.

The increasingly fragmented technological and media world possesses many challenges for sports around the world inclusive of the AFL. Proof of this changing world is evident by the fact AFL heavyweights, including Gillon McLachlan, met with global giants such as Amazon, Facebook and Google in the US this year to discuss the upcoming rights deal. Will Gillon McLachlan and the AFL be able to cement his legacy by breaking the record deal signed in 2015? And will the seemingly never-ending pre-season narrative of the Grand Final timeslot play a role in negotiations?

It is the belief at AFL headquarters that a twilight Grand Final would increase ratings by as many as 800,000 people in the AFL ‘expansion’ states of New South Wales and Queensland. Will the “inevitable” twilight Grand Final, per the words of McLachlan, be used as a broadcast rights sweetener?

Ask the AFL which club they are most worried about and the answer, remarkably enough is not the troubled Gold Coast Suns, though they would have to be a close second, but North Melbourne. The Kangaroos have serious financial problems going into 2020 due to significant payouts for their sacked coach Brad Scott, CEO Carl Dilena, football manager Cam Joyce and assistant coach Leigh Tudor, who have all departed the club.

The AFL also got involved in the eventual appointment of ex-AFL broadcasting and digital media manager Ben Amarfio as North Melbourne CEO, as a result of concerns that the club was not running a proper process, according to Caroline Wilson. AFL Media journalist Damian Barrett has also reported that North Melbourne has lost “authoritative control of its own operations” to the AFL. This is how North Melbourne’s off-field struggles become intrinsically linked to Tasmania’s push for an AFL side.

The AFL’s preferred option is for North Melbourne to play the majority of its home games in Tasmania. However, North have rejected all relocation offers to date. But if North lose control of their own destiny, what decision could Gillon McLachlan and the AFL make on their behalf? With the current deals for Hawthorn and North Melbourne to play games in Tasmania ending in 2021, decision time looms.

Four new teams will join Gillon McLachlan’s baby – the AFLW, next season. However, the league’s long-term future is still largely undecided. Where on the calendar does the competition fit? Are curtain raisers for the men’s game a suitable long-term option? When will all tickets come with a price? When do Essendon, Hawthorn, Port Adelaide and Sydney enter the fray? When is this awful conference system getting the flick? But primarily, when are the AFL going to start treating the AFLW not just as an exhibition tournament, but as a genuine fair-dinkum competition?

On the eve of the draft, Suns coach Stuart Dew spoke about his desire to “normalise” the football club which effectively sums up Gold Coast’s problem. They are an abnormal football club. Which proceeded to make more abnormal decision on draft night such as trading next year’s Pick 11 and this year’s Pick 64 for Pick 27. No other football club in their right mind – and with access to a working calculator – would have done this. Just like no other football club would have let an uncontracted Jack Martin walk to the pre-season draft for nothing when a trade could have been done.

The AFL’s assistance package on the whole does not address the Gold Coast Suns’ problems at all. Considering they have always had picks to burn – and waste – more picks are probably not the answer. The Suns will be on the AFL’s agenda until they start acting and existing like an AFL football club.

Finally, Gillon McLachlan’s needs to put some work into anointing his successor. The appointment of highly rated Essendon CEO Xavier Campbell into the fold at AFL House certainly puts the wheels in motion. Richmond CEO Brendon Gale is lurking as another contender warranted by the extraordinary job he has done in turning around the Tigers’ fortunes over the past decade.

If the AFL’s philosophy regarding executives is that they should leave the game in a better position than where it was when they arrived, finding the right successor therefore must be part of Gillon McLachlan’s legacy.