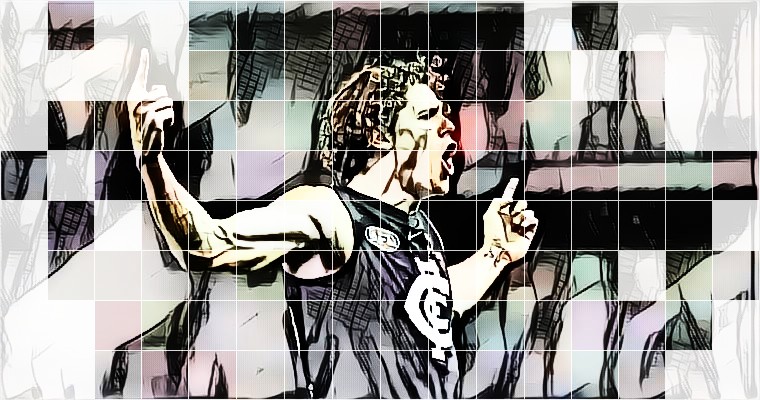 Crisis/Opportunity – The Curnow Injury And Who Steps Up?

With Charlie Curnow “slipping on tiles” and fracturing his knee cap, the hopes for the Carlton Football Club in regard to the upcoming season have been somewhat tempered.

Curnow was, and remains a big piece of the Blues’ long term plans, but after what can only be termed the off-season from hell for him, realists amongst us will be aware that his impact on the 2020 season will be severely compromised.

The estimated recovery time for an injury of this nature is 3-4 months, which will effectively destroy his pre-season, and mean that Curnow is playing catch up for the remainder of the season.

There is a history of greats, or potential greats, whose injuries have torn the heart out of teams before the season even really started, rendering them an also-ran in the race for the finals, and even the flag. But there are also teams that have someone ready to step into the void and make the most of a bad situation.

Who’s to say that someone at Carlton won’t answer the call and turn this potential crisis into an opportunity?

Last season saw Hawthorn’s Tom Mitchell was left cradling a badly broken leg in the pre-season. Coming off a Brownlow Medal/MVP season, Mitchell was the key to the Hawks mounting a challenge in 2019. Though they looked good in patches, they missed Mitchell’s consistent output and were forced to look elsewhere for their midfield drive. They did so to moderate success, with James Worpel stepping into a larger role and winning his first Peter Crimmins medal. But the team as a whole suffered.

It was a case of “same-same but different” at Richmond, who lost their five-time All-Australian defender, Alex Rance in the first game of the season. There were many who took pleasure in writing the Richmond eulogy when Rance went down injured, but they neglected to factor in the emergence of the underrated (at the time) Dylan Grimes, who grabbed the opportunity with both hands and went on not only to be named as an All-Australian defender in his own right, but picked up the AFL Players’ Association Most Courageous Player award.

Whilst Carlton may be a fair way from where the Tigers were positioned when Rance went down clutching at his knee, there now exists an opportunity for someone to step into the void left by Curnow, at least in the early part of the season.

But the question is – who could it be? Whilst many anointed Charlie Curnow as the next big thing, even comparing one of his towering grabs with that of the legendary Alex Jesaulenko, he is yet to consistently apply that talent on-field.

With the Blues searching for answers whilst Curnow recovers, who will step up and put the Carlton forward line on his back?

Looked really good in the early going of 2019, with his contested marking a highlight for the Blues. Through the first three weeks of the season, he collected a total of 15 contested grabs. When you consider that the league leader, Richmond’s Tom Lynch, took a total of 56 for the year, it emphasises just how good McKay was before coming back to earth a little.

Big Harry would go on to take 45 contested grabs for the season, at an average of 2.3 per game, but if he can replicate his early season form again in 2020, Carlton fans may not miss Curnow as much as think.

Still iffy in terms of conversion, McKay has a penchant for missing the un-missable goals, and travelled at just 40% conversion last season. If he improves that, we could see Curnow playing support to McKay in the forward line pecking order going forward.

2019 was not a season to remember for Mitch, and whilst some players in the league are accused of having leather poisoning, McGovern could have been diagnosed with leather allergies given how often he was where the ball wasn’t.

In one of the worst starts at a new club I can remember, Gov had under ten touches in five of his first six games, and brought in as a marking target, he managed just two contested grabs over the course of the first five rounds of footy. Granted, McGovern had a back injury he carried into the season, which severely hampered his preparation, and had to hinder his ability to contest – it makes me wonder why the hell he was out there?

I’m a pretty big believer in giving someone twelve months to acclimatise at a new club, and let’s be honest, McGovern can’t possibly be worse in 2020 than he was last season. He couldn’t, could he?

He is the player I’ll be watching pretty closely in 2020, and the absence of Curnow early on could provide him with a little more opportunity than he’d usually receive.

Under David Teague, Kennedy was moved forward to fill a need, and he actually looked good as a mid-size option. Bobbing up for a bag of four goals (admittedly against the Gold Coast Suns) and with an average of over a goal per game, Kennedy demonstrated a good pair of hands on the lead and showed he had the ability to find space in the forward half.

If we’re looking at the Carlton list as a whole, Kennedy looks like a big bodied mid, but he hasn’t really come on in that role, often hampered by injury. With a season-high of just 16 touches in Round 10 last season, unless Kennedy is able to get super fit, a role up forward seems to be the best case scenario for him.

As a third option, he has the capability to give defenders some real issues.

Has this horse bolted?

Big Levi looked at his best when he was slotted into defence last season. Able to attack the ball without contesting against three or four defenders, Casboult showed that he was able to impact the game at the other end of the ground.

Remaining at the Blues, Casboult is a long shot to slot in and ease the pressure up forward. You could see him slotting in for a quarter or two here or there, but history tells us that Carlton are like Stormtroopers on Tatooine and I am Obi Wan Kenobi… this is not the forward you’re looking for.

I was talking to someone the other day and said I wouldn’t mind putting some money on Eddie Betts to lead the Blues in goal kicking in 2020. I reckon his price will have firmed a little with the news of Curnow’s injury.

I thought Eddie had a poor season last year, yet he still finished with 37 goals – that’s 11 better than anyone wearing navy blue.

Harry McKay kicked 26 to lead Carlton, and Eddie hasn’t kicked that few since 2008. Yeah, his legs are older, and yeah he kicks cheap goals against the Suns and when games are all but over, but he does kick goals, and that’s something Carlton forwards haven’t been able to do since… Jeff Garlett kicked 43 in 2011.

Is Eddie the answer? Hell no, but he might just change the question a little.

There is no mistake that Charlie Curnow’s second knee injury this off-season is a damaging blow for the club, and might say a bit more about Curnow’s overall durability, but teams have a knack of adapting and succeeding even in the face of what looks like disaster. Carlton have to start doing that.

The 2020 season has been mentioned by many as the year Carlton takes the next step. However, if you’ve followed footy for a while you would have heard something similar plenty of times over the last 10-15 years.

With or without Charlie Curnow, the Blues have to make a leap this season. Which of their forwards will give them the boost they need to get 2020 off to the start they need?

Like this content? Want to support us? Please consider becoming a patron and helping us grow. For five bucks a month you get additional content and aid us in becoming the independent footy site that refuses to cave to gambling advertising (unlike everyone else!). Click below.