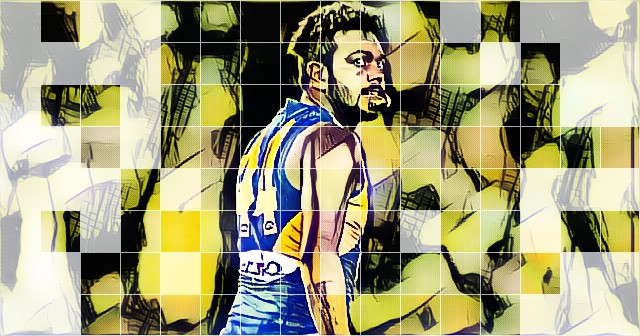 There’s been a lot of talk about the Willie Rioli case – and the severity of it. I think, it’s important that during the talk, speculation, rumours and constant media coverage that happens in a case like this, that we need to remember that Willie is a bloke in his early twenties who made a mistake.

Like all people, Rioli is not immune from depression and anxiety that can come from the constant media scrutiny. So, for that reason, I will focus on the issue rather than the player himself.

However, it is an issue – and case – that must be talked about. It is a cautionary tale for the rest of the competition. The AFL may have a three-strike policy, but on game day that rule does not apply and ASADA – the Australian wing of WADA has the final say in all matters drug-related. If this test had appeared post season, or even during the week, it’s likely we wouldn’t have even heard about it, let alone it potentially ruining the man’s career.

It’s important to begin with why ASADA consider cannabis a prohibited drug. For a drug to be on WADA’s prohibited list, it must check at least two of three boxes:

Two and three seem to speak for themselves, but it’s number one – the performance enhancing bit – that has people asking questions.

To that end, WADA has this to say:

A common perception of marijuana is that its use impairs physical activity, including exercise performance. While the effects of marijuana can decrease hand-eye coordination and distort spatial perception, there are other effects that can be performance enhancing for some athletes and sport disciplines. Cannabis can cause muscle relaxation and reduce pain during post-workout recovery. It can also decrease anxiety and tension, resulting in better sport performance under pressure. In addition, cannabis can increase focus and risk-taking behaviors, allowing athletes to forget bad falls or previous trauma in sport, and push themselves past those fears in competition.

They also add this: It’s the athlete’s responsibility to ensure that they do not ingest prohibited substances

The secondary issue that people seem to have is the severity of the decision. Certainly, his potential four year ban for tampering with a drug test seems severe, but two years for smoking a joint seems rather severe as well, especially given the push to legalise the drug. Then again, several other banned substances are also available via legal means. Furthermore, it’s argued that the enhancements which cannabis offer are really no more than that of alcohol.

Alcohol was previously on the prohibited list, but came off it in 2018, as WADA sought to “endorse a different means of enforcing bans upon alcohol in … sports.” It seems a confusing statement but one that I think implies that WADA deems alcohol less severe and is willing to give the role of doling out punishment for alcohol-related infractions back to the sporting bodies. As cannabis becomes legal or at least tolerated around the world, should we be giving the same consideration to it?

The last issue is ASADA itself. As a body, they seem slow to react, slow to act, stuck in a rut of following laws and regulations that really are designed for Olympic athletes rather than weekly performing team sports. As a result, there are many good questions being asked about their relevance within the AFL itself. Surely the AFL should have its own version of ASADA who work exclusively among the AFL and state leagues, ensuring the best possible results which align with the most relevant punishments. The problem here is the AFL’s government funding is tied into their usage of ASADA. If they stop using ASADA, they lose their direct funding, which was around $1m in 2015, but they could also lose their indirect funding which comes in the way of stadium usage. This obviously puts the AFL in rather a sticky situation.

But it goes back to what we learned from the Essendon Saga, and other similar situations: players must know what they are putting into their bodies and they are ultimately responsible for taking anything that is prohibited.

The punishment, at present, may somewhat outweigh the crime, but ultimately the player should be aware of the ramifications of his actions before taking any substance, legal or otherwise, and the club should be making the players aware of that and supporting them in whichever way they can to avoid it.