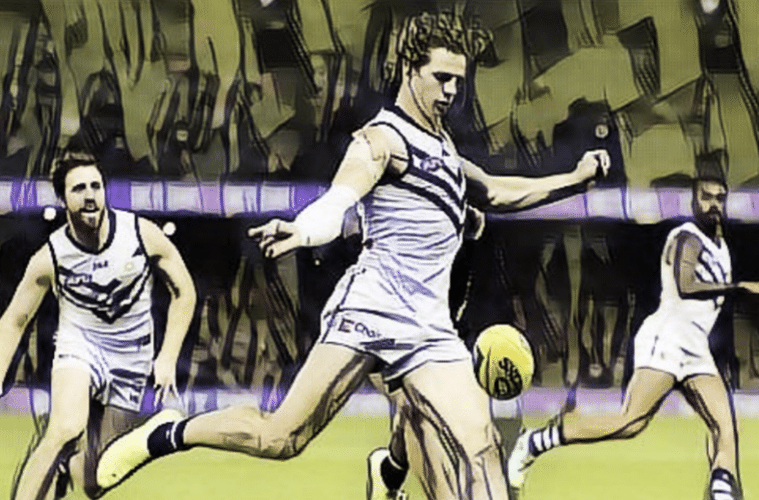 Do the majority of the football public just not like Nat Fyfe?

It kind of seems that way to me this season, as the two huge accomplishments of the Fremantle Dockers’ captain have been devalued by many comments from those in the AFL community.

Firstly, we had Fyfe’s appointment as the All-Australian captain. It was largely believed that West Coast’s Shannon Hurn would be appointed captain of the team this year, in effect making up for the snub the season before that saw him as the only captain on the team, yet not allocated one of the two leadership positions on the honorary team of the year.

This year, Hurn was relegated to the vice captaincy slot, as Fyfe leapfrogged him to take the captaincy.

Yeah, it was a bit pedantic to harp on about Hurn’s snub, particularly in the face of Fyfe’s incredible season, but there was a genuine feeling amongst more than just Eagles supporters that Hurn had been robbed in 2018, and was snubbed again in 2019. Full disclosure – I was one of the people who thought it was wrong, and I still think that way. Do I think Fyfe was undeserving? No, not at all. I just think Hurn was more deserving.

But as Nat Fyfe claimed his second Brownlow Medal on Monday night, the All-Australian selectors must have felt more than a little vindicated. Some couldn’t help themselves in expressing their satisfaction.

Kevin Bartlett – one of the AA selectors tweeted following the announcement – “Congratulations to Nat Fyfe on winning his second Brownlow medal. For those who criticised his selection as All Australian captain , overlooked he is a modern day great who deserved such an honour. Kb”

Undeterred, the critics came for Fyfe once again, both questioning whether his season was all that good, and how he was able to poll so many votes in losing sides.

I’ve got your answer here – because he’s a bloody good player! Even in losing teams, Fyfe’s aggression at the contest and sublime overhead skills stood out from the pack. Strangely, may of those same critics believed Patrick Cripps should have polled more votes in the Brownlow… though he received more than half his total votes in losing efforts as well. One rule for one, I guess.

It’s interesting to look at how a second Brownlow positions Fyfe historically. There are some who would argue that playing for Fremantle, the smaller horse in a two-horse town, has somewhat damaged his brand, but I cannot find myself agreeing with them at all. Right now, Nat Fyfe Is the Fremantle Dockers. He is their captain, their leader, their best player and the most recognisable face on the team. If Fremantle were Purple Rain, Fyfe is Prince: front and centre, thrashing out a guitar solo to draw every eye in the stadium to him.

Yet even with the spotlight firmly on him, Fyfe made sure to mention two players in particular during his acceptance speech – Reece Conca and Darcy Tucker, both of whom work diligently to ensure that Fyfe is covered when he goes hunting the ball, as they combine to provide cover on his man. It was a nice gesture from Fyfe, whose tip of the hat to these unsung players spoke more about his leadership than anything the media could say to denounce it.

In the AFL era, the list of dual Brownlow Medallists is a short one indeed. With this win, Fyfe joins names such as Gary Ablett Jr, Chris Judd, Adam Goodes and Robert Harvey as those who have won two medals post-1990, with Greg Williams winning the first of his medals in 1986, before adding a second in 1994. Does this Brownlow win put Fyfe in the same frame with these blokes?

Fyfe, himself, has made the comment that he would trade one of his Brownlow Medals for a premiership medal without thinking. That is the reason players play football. Brownlows are nice, and they are a great reward for individual brilliance, but when Fremantle had their chance to secure their first ever flag, Fyfe had an off day in front of goal, particularly early when his wayward boot cost the Dockers any scoreboard pressure they could have applied on the Hawks. It must still haunt him, particularly given Freo’s inability to get back to the last Saturday in September.

Ablett, Judd, Williams and Goodes have all claimed a flag to go alongside their Brownlow glory, but Robert Harvey will always be haunted by his lack of a premiership medal. Does it have him a rung lower than Judd, Goodes, Diesel and Ablett as a result? And without a flag next to his name, is that now the same rung where Fyfe sits?

Nat Fyfe is now 28 years old and playing his best football. There is the chance we could see him make a run at his third Brownlow over the next couple of seasons, which would make him the only three-time Brownlow winner in the AFL era, and just the fifth in the history of the medal behind Haydn Bunton Snr, Dick Reynolds, Bob Skilton and Iam Stewart, all of whom have been instated as ‘Legends’ in the AFL Hall of Fame.

If Fyfe gets a third Brownlow, he will undoubtedly join them. He may end up joining them with a pair of Brownlows, one day.

There has long been talk that Matthew Pavlich is the greatest Docker, but has Fyfe’s second Brownlow shifted that narrative now? Recency bias aside, it is very hard to argue against Fyfe’s case. In addition to his two Brownlows, he has two Leigh Matthews trophies as the most valuable player in the competition, three All-Australian selections, and will most likely add a fourth Doig Medal to his burgeoning trophy case this season.

In contrast, Pavlich has longevity on his side, with 353 games under his belt. He kicked 700 goals for the Dockers and took home six Doig Medals in the process. He has six All-Australian selections to his name, but individual recognition has escaped him at a national level, with no major awards to his name.

This season will be viewed as a failure for Fremantle for a number of reasons. Their coach, who up and left St Kilda for the opportunity to coach a list ready to deliver, ultimately fell short and was let go by the club. Their injury list grew to ridiculous proportions, with Alex Pearce, Matt Taberner and Jesse Hogan all experiencing season-ending injuries that left their spine… well, spineless. How the club was supposed to thrive with the list of injuries to their big men like that, I will never know.

News is filtering through is that both Brad Hill and Ed Langdon, the best two run and carry players at the club, are wanting to head back to Victoria, leaving the club sadly lacking in the outside mid department. And Tim Kelly – the potential silver lining – is favouring a trade to the West Coast Eagles over Fremantle because, as far as I can tell, his manager is a bit of a wanker.

But amid this season of disappointment, Fyfe has shone like a beacon. His second Brownlow, in the face of continued adversity, should be lauded for that which it is – an outstanding achievement from a player under immense pressure, and robbed of a solid supporting cast.

Nat Fyfe is now officially one of the true greats of our game, and it’s about time he was revered as such, whether you like him, or not.