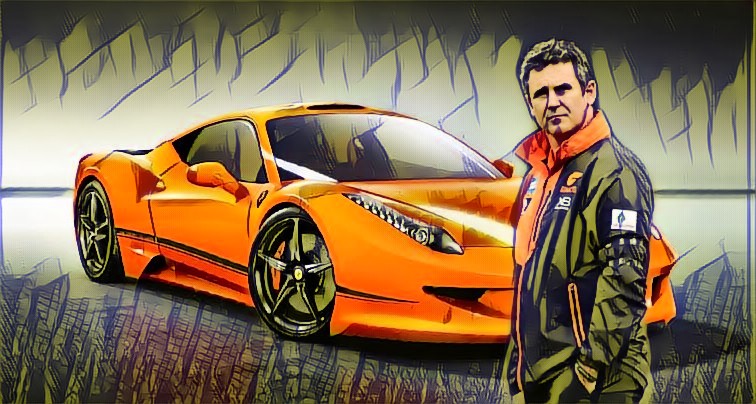 Leon Cameron Earns His Licence To Drive… The Ferrari

Was Leon Cameron capable of driving the Ferrari?

It’s the metaphor that has haunted GWS coach Leon Cameron since it was first placed atop his head by Footy Classified host Craig Hutchison two years ago. He was given the keys to one of the most talented lists assembled in football history, but could he drive them to the Promised Land?

And over the past two years, as the so-called Ferrari crashed out of the finals too early, the question became more pressing. The pressure only built as it became obvious that there was not enough room in the back seat for all the superstars they had at their disposal. Adam Treloar, Taylor Adams, Dylan Shiel and Tom Scully all would be handy for the Giants for Saturday’s Grand Final; alas the salary cap constraints mostly forced their respective departures.

As recently as one month ago, the future of Leon Cameron was not necessarily in grave jeopardy, but it was not exactly rosy either.

Reports emerged that there were doubts about Cameron’s coaching abilities, not from inside GWS clubland, but from a more important – and worrying source for Cameron – AFL House. Indeed, questions and these aforementioned doubts were said to have been expressed by the AFL the last time Cameron was re-signed in mid-2017. While, this has been denied by the league, specifically by CEO Gillon McLachlan on radio, it is certainly the view of the Giants that the contract extension was not received favourably by headquarters. It is worth remembering that the considerable control that the AFL exerts on their financially dependent expansion clubs in GWS and the failing Gold Coast, as well as the debt riddled Port Adelaide and St Kilda.

But even those in GWS polos rather than AFL suits were not planning any statue unveilings for Leon Cameron a month back. Outspoken Giants CEO Dave Matthews said in August that the club was in “no rush” to open contract negotiations with Leon Cameron. When questioned on 3AW about whether the club would consider extending Cameron’s contract, Matthews’ response was “no, not at this stage.” Contextually, at season’s end, Cameron enters the now vulnerable, critical juncture of having one year left on his senior coaching contract. Like the new market of “pre-free agents”, this is the time in which decisions are now made on senior coaches. This is to avoid the year-long narrative that dominates any underperforming coach’s ‘sack-or-save’ final year on contract that crippled Alan Richardson and Brendon Bolton in 2019.

Just look at Fremantle with their brutal call on a contracted Ross Lyon or Essendon who got creative and established a succession plan to navigate John Worsfold’s inevitable exit. Whereas, an influential – and big name – North Melbourne figure’s calculated leak to the media saw Brad Scott’s future decided mid-year to beat the one-year-to-go-on-a-contract traffic and long line of job vacancies. On the flip side, Port Adelaide decided to unequivocally back the under-fire Ken Hinkley, a decision heavily forced by the club’s financial peril as much as anything.

Put simply, when a coach only has one season to run on a contract – it is now decision time. A no-decision does not exactly release the pressure on the coach’s long-term future.

It too was not eased by board member Jimmy Bartel who flagged a football departmental review on the eve of the finals in a training wheels-esque comment by a club director doubling up as a media commentator.

Bartel told a Nine newspaper podcast that, “There has to be a (review) looking at the whole football department.”

“If we finish where we do finish, which again is the same spot we have the last couple of years, and with the amount of injuries we have which is above the average by so far. We have to review all that.”

Such was the lack of confidence in the Giants in the lead up to their Elimination Final against the Western Bulldogs three weeks ago, even board members were, in-part, forecasting a loss, or at least discussing the fallout of it.

The common belief amongst the football world was that the Western Bulldogs of 2019 was the Western Bulldogs of 2016 reincarnated, with their red-hot August form making them a legitimate contender in the eyes of many. But this theory failed to consider how the Bulldogs were not looking particularly flash in the final round of the home and away season back in 2016 with an abundance of injury concerns, much like the Giants this year. The pre-finals bye allows clubs to reset, the momentum no longer carries. August is no longer about form, but jostling for positions. Whereas, September is pure form.

And GWS are in ripping form at the moment, stringing together three upset victories in a row including their greatest ever win in Saturday’s prelim at the MCG against Collingwood.

Not only has Leon Cameron well and truly earned a contract extension but it is now incumbent on the club to sign him up or risk losing him.

Regardless of the result on Saturday, Cameron has driven the Ferrari all the way to the MCG on the last Saturday in September. The Giants have finally graduated from potential to performers and Cameron can finally lay claim to that elusive Ferrari licence.

Now he gets to open it right up at the MCG on Grand Final day. Let’s see what this thing can really do.