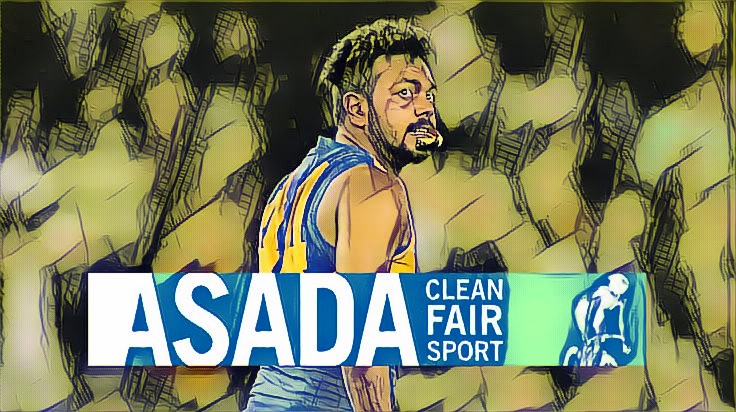 A bombshell exploded in the West Coast Eagles camp on the eve of their cut-throat do-or-die semi final against Geelong with Willie Rioli being provisionally suspended after allegedly tampering with his urine sample.

The Eagles were none the wiser to Rioli’s alleged indiscretion with the premiership star receiving legal advice not to discuss the incident with the club. With the very real prospect of a mandatory four-year ban hanging over Rioli’s head, West Coast are genuinely worried about his mental state. Rioli took to Facebook to thank his “real” friends and family who have supported him after his “lil mistake.”

Nevertheless, West Coast deserve to feel let down by their X-Factor small forward, who was so critical in their 55-point Elimination final over Essendon with seven marks and a goal, yet so absent in their 20-point Semi Final loss to Geelong at the MCG that doomed their premiership defence. However, Rioli was not the only one who should come under scrutiny in this crazy drug tampering saga as ASADA has once again failed to police the AFL in an effective – and timely – manner. Now it is Essendon, and the finals integrity as a whole, that is being forced to pay because of the delayed action by an anti-doping agency that is cumbersome at best and incompetent at worst.

It was 22 days – and one Round 23 clash with Hawthorn and an all-important Elimination final against Essendon – between Willie Rioli’s botched drug test and when ASADA finally contacted the AFL. It was a drug test that went horribly and embarrassingly wrong for a panicked and confused Rioli, but the embarrassment must surely lie, even more so, on ASADA’s head. As even when they caught an athlete red-handed, they still could not act effectively.

On August 20, two days after Rioli’s West Coast Eagles lost at the MCG in Round 22 to Richmond, Willie Rioli was drug tested and asked to provide a urine sample. What happened next is one of the more extraordinary things that have happened in Australian sport’s history when it comes to drugs. The Herald Sun reported that Rioli was caught by ASADA drug testers pouring a liquid into the drug test beaker. This liquid is understood to be blue Gatorade, just to add another layer of unbelievability to this remarkable story. Rioli was caught undergoing one of the most brazen and ludicrous schemes to dupe drug testers, who are required to watch Rioli provide the sample, of all time. And yet, he got away with it, at least for a little while.

It took ASADA more than three weeks to contact the AFL regarding the alleged Rioli incident. 22 days! It can’t take that long for someone to just text Gil, surely?

To their credit the AFL moved quietly and provisionally suspended Rioli the following day. There was no 22-day delay on their end. And thankfully, there were no ignominious cover-ups that meant players were suspiciously withdrawn for “personal reasons” as was the case with the Sam Murray and Brayden Crossley bans. On both occasions these suspensions were revealed through the media and specifically by AFL.com.au’s Damian Barrett and The Courier Mail’s Andrew Hamilton respectively. Fortunately, on this occasion, the AFL moved away from these absurd and dishonest explanations that are akin to Swimming Australia’s cover-up of swimmer Shayna Jack’s positive test that caused Australia an international embarrassment. Former ASADA CEO Richard Ings, who still effectively acts as the organisation’s media spokesperson, praised the AFL for this.

“The AFL publicly announced his provisional suspension. He wasn’t pulled from the team with some fake personal reasons excuse. His provisional was announced. The rules allow it. Well done AFL.”

Yet, ASADA’s handling of the matter was less swift and professional. ASADA should not have waited for the sample – that was not even urine – to return before contacting the AFL. That is ridiculous in the extreme. If they caught Rioli so blatantly the AFL should have been contacted immediately. It is so disappointing for the integrity of the competition; an integrity that ASADA is trying to protect and not damage, that Rioli was allowed to continue to play, especially in a final. Essendon, of all clubs, should be shattered by ASADA’s handling of this – who knows whether it cost them their first finals win in 15 years?

Under this ASADA precedent, a player is now free to completely disregard a drug test this week by pouring whatever you want into the beaker, and they will be able to play in this week’s prelim and next week’s Grand Final. A week or so after the Grand Final, they might get provisionally suspended, but after helping your team win a flag, who cares?

Put simply, ASADA has done far more to damage the integrity of this year’s finals series than Willie Rioli has.

In light of the Rioli news, West Coast Chairman Russell Gibbs told the ABC that the club will review its drug testing procedures and are considering the possibility of ensuring an official is present at all drug tests.

I hope a certain anti-doping agency is having a rethink of how they handle these matters too, and a football league should be considering whether they are better off without them.