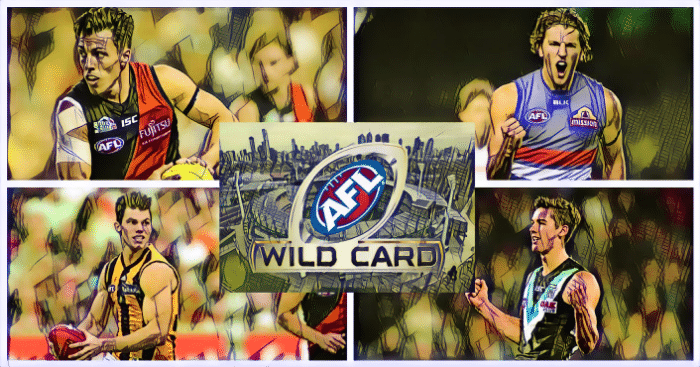 Despite, the pre-finals bye continuing to draw its critics, AFL CEO Gillon McLachlan has backed the fixture quirk to continue “for the foreseeable future.”

However, this is a wasted opportunity for the league that has already put a much more desirable alternative off the table.

The pre-finals bye was a shock inclusion to the AFL draw in 2016 when even the clubs were blindsided when the fixture was released the previous October. The competition-wide week off was implemented in order to stop clubs whose finals fate was already decided from resting players en masse in the final round of the season. Something that was exhibited by both Fremantle and North Melbourne in Round 23 of 2015 who rested 11 and nine of their best players respectively. The pre-finals bye has certainly eradicated that, and for the best, as no one, besides from perhaps the clubs themselves (and their opponents) benefits from having a watered-down Round 23. This is certainly no longer the case as nowadays fans are stuck on the edge of their seats – and reaching for their calculators – across the entire weekend. Especially considering the AFL’s floating Round 23 fixture means the drama of the race to the finals is amplified even further.

The AFL also argues that the weekend off means greater flexibility in the sometimes-contentious finals fixture can be achievable. Certainly, the bye means a Thursday night final can be staged. But those who long for the days of a good old-fashioned Sunday final during September, the AFL’s pursuit of greater TV ratings means you are left disappointed. Even more so if you cannot make the trip interstate to watch your team play mid-week.

Although, a genuine positive for the bye round is that it gives the EJ Whitten Legends Game the clear air it deserves, the game’s transition to an AFLX style “EJX” game fell well and truly flat on the weekend. The charity match is a great night on the football calendar that raises funds for a terrific cause but the switch into a different format did not resonate with fans. More attention is also paid to awards such as the Rising Star and the MVP, as well as the hotly debated All Australian team. The state league finals of the SANFL, VFL and WAFL are too given a greater spotlight. While, many claim the bye weekend halts the momentum of the finals, my view is that the anticipation actually grows as a result of these events.

Most importantly for the league, the controversial off week delivered the highest attendances and TV ratings for the finals series on record. On any measure, the pre-finals bye has been a success for the AFL – but it should be scrapped.

This is because a ‘Wildcard Weekend’ would be an even better outcome for the competition. For those unfamiliar with the concept, it would for all intents and purposes mean that the finals series begins a week earlier and includes two extra teams. Under the most popular model, 7th would play 10th at home while 8th would host 9th on what is now the bye round. The winners would qualify for the traditional finals series in 7th and 8th spots respectively.

For example, if the Wildcard Weekend was in place this year, we would have been watching Essendon v Hawthorn on Friday night at the MCG in a do-or-die battle to decide 8th place. The Bulldogs would have played Port Adelaide for 7th spot, at the MCG the night after.

This would not only raise the excitement levels up 11 notches over the weekend before the finals, it would have improved the minor round too. This is because more teams would still be alive in the lead up to September as several teams would be jostling for 10th place as well as for a spot in the eight to claim all-important hosting rights. Positions in the top six would become ever more crucial to gain a now not guaranteed weekend off.

There would be significantly less “dead rubber” games in the second half of the seasons with more teams having more to play for, and with the top teams being rewarded with greater advantages. How much more exciting would the last game of the season have been between Port Adelaide-Fremantle if the Power were desperate to stay alive and sneak into the top 10?

The primary argument against the ‘Wildcard Weekend’ is that it would apparently reward mediocrity. Yet, this basis for this reasoning is completely flawed. In fact, it does the exact opposite. In actual fact, it adds more requirements for teams to qualify for the finals as teams in 7th and 8th position need to actually defeat sides in 9th and 10th spots to make it. If 7th cannot beat 10th do they really deserve to make it? Especially considering these sides are often separated by only percentage points, often sustained through fixture bonuses (such as playing the Gold Coast twice)? Don’t we want the most in-form and capable teams participating in the finals anyway, so it is at the best possible standard? Positions for teams that can win the flag should not be sacrificed by teams merely making up the numbers and limping towards September.

The top sides are further advantaged by the Wildcard system as it forces teams that finish outside the top 6 in the Home and Away season to win five consecutive matches to win the premiership, as opposed to four. In fact, it would be even more difficult for the teams that finished between 7th and 10th to win even the first Elimination Final (against teams in 5th and 6th) as they would not be granted a weekend off like their upcoming opponents.

Put simply, there is nothing to lose but so much to gain from introducing a Wildcard system. And the matter is only going to become more pressing with the real prospect of the AFL becoming a 19-team competition within the next half a dozen years.

So, just as you get excited about the prospect of a Wildcard Weekend extravaganza, it is my duty to inform you that it is completely off the table at AFL headquarters.

“No (it’s not going to happen). It gets legs and I think it came out of the competition committee, so that’s where things get generated and thrown up, but it’s not something that’s got traction to my level.” – Gillon McLachlan on 3AW.