We’re a third of the way through the bye rounds and I can already see the tears of fantasy coaches as they lament their selections. Tipping last week was equally a nightmare, apart from a few social media users who claimed to get them all correct. To them, I say you’re wrong as people and you should re-evaluate your life choices- even if Carlton did win this time around.

So, what’s going to go wrong this week. Let’s find out.

Don’t you love Thursday night footy? It’s great, we should have it more often. I’m just glad someone told me because I was going to write this Thursday night- that could’ve been awkward!

What’s happened to Richmond recently? They’ve gone from a wounded lion to a mangey cat within a fortnight. I know their injures are mounting, but they need to get more from key players. Dusty needs to learn how to tackle and they need to get a more rounded game from Lynch. It’s a weird thing to say about a bloke who’s sitting fifth in the Coleman, but you can’t have a Josh Kennedy like forward without the Eagles’ quality in the forward line. Lynch needs to be less Kennedy like and more Hawkins like. Get some other players into the game.

To make matters worse, they’ve lost Cotchin to some hamstring soreness and Shane Edwards is out as well, which is going to leave more holes on the field and within the leadership group to fill. Who will stand up for them?

Adelaide are somehow in the talks for a top four finish, which did not at all seem possible a couple of months ago. They’re yet to cement their identity in this 2019 season, but this game looms as an opportunity to do so. With a big win over the depleted Tigers will come some big talk, but a loss will show them the part of pretender.

It’s Matt Crouch’s 100th game this week, which seems weird. He’s one of those blokes who plays like who’s been around forever. So, congrats to him.

I think Adelaide are going to be too strong for the Tigers at home. Crows by 31.

A Friday night game at Marvel means we’re able to watch it in comfort, without the drama of the roof being open. I’d hate to be the camera control guy during day games there with the roof open- you’d have RSI by half time.

This game, like many of Essendon’s games, will come down to McDonald-Tipungwuti. If he kicks a goal, they’ll win. It’s almost like clockwork and I’m not sure if that says something about the team or him personally, but it is one of those quirky facts that tends to get over-analysed.

These two teams are in an interesting area of the season. People are expecting that the Hawks will find some consistency and make the eight, but no one is saying the same of Essendon, despite their similar ladder position. History creates bias, apparently. If we too look for History, we’ll see that Essendon have only won one of their last 5 games against the Hawks, and many of the results have been blow-outs.

On paper, and on the field, you have to say Hawthorn in this game. Essendon win when their good players play very well. Hawthorn win when their plan works. I think if you’re a defending coach, it’s easier to keep good players down than it is to hope the opposition’s plan doesn’t quite come together.

My only regret is this game is during the day, because if it was at night, I could preview the cricket knowing you’d all be watching that instead.

The Suns’ wheels have fallen off the last few weeks, and suddenly everyone wants to move them to Tassie again- as if that will make them successful on field and grow the game in Queensland.

The Saints have also lost their early season halos and have only won one from their last five appearances, which was against old Carlton, so I’m not counting it.

This game is hard to get excited about, and about nine of you will watch it, so I won’t go into too much detail.

Fremantle return from their week off and the supporters are all asking whether this week will see second third fourth return of Harley Bennell. He’s had a few good games for Peel and getting his minutes up, and everyone’s eager for the best players to be out there. On the other hand, they’re more so looking for a ruckman, as Lobb fell victim to the notoriously hard Optus stadium surface, despite having actually last played at the MCG. The Eagles haven’t been training on Optus for some time now, and finally Fremantle has conceded that the surface is a bit too hard.

How do they soften it? No idea, but Aaron Sandilands is a landscaper so ask him? Or just let him jump around for a while – that should soften it up a bit.

Form wise, Fremantle have been pretty good, with very close wins over Brisbane and the Pies. Some-how they’re still out of the eight, but a win here will catapult them back in.

Port have a pretty good record at Optus and will love the fact they beat the Eagles there earlier in the season; However, since then, they really haven’t done much to inspire confidence. They, like the Dockers, are one of those sides who’s difference between best and worst is a vast contrast.

I think Fremantle will win this game in the middle, but the loss of Pearce down back will give the Power’s forwards a bit more space to move.

Australia go into this game seeking improvement after a disappointing bowling effort in their loss against India.

No… that’s harsh on Carlton who decided within a week that they do actually know a little bit about Australian rules football. All game against the Lions I expected them to fall over, but they just got better and better- and by ‘they’, I mean Cripps. The rest of Carlton weren’t really that amazing, but they were vastly improved on their previous performances.

The Dogs have at least another week to look at what this new Carlton is up to. I should think not letting Cripps get 30+ and kick a bag is probably a good start, but do they have the talent to go with him? Interesting enough, the last team the Dogs beat was the Lions, too which actually makes this game hard to read? Are these teams capable of playing good footy or do Brisbane have a problem with complacency?

For the Dogs to win this, they have to stop Cripps. For Carlton to win this, they need Cripps to not be stopped. You know both teams are in a bad way when there’s 44 guys on the field and the result really comes down to the ability of one. But that’s just where these two teams are at the moment. Both have some good players, capable of playing some good footy, but for Carlton that’s a rarity and for the Dogs it’s very much a confidence thing- and at the moment they look down on it; hopefully the bye recharged them a bit.

I’m tipping the Dogs here. Carlton took Brisbane by surprise and I think the Dogs will be ready for that kind of game. Bullies by 10. 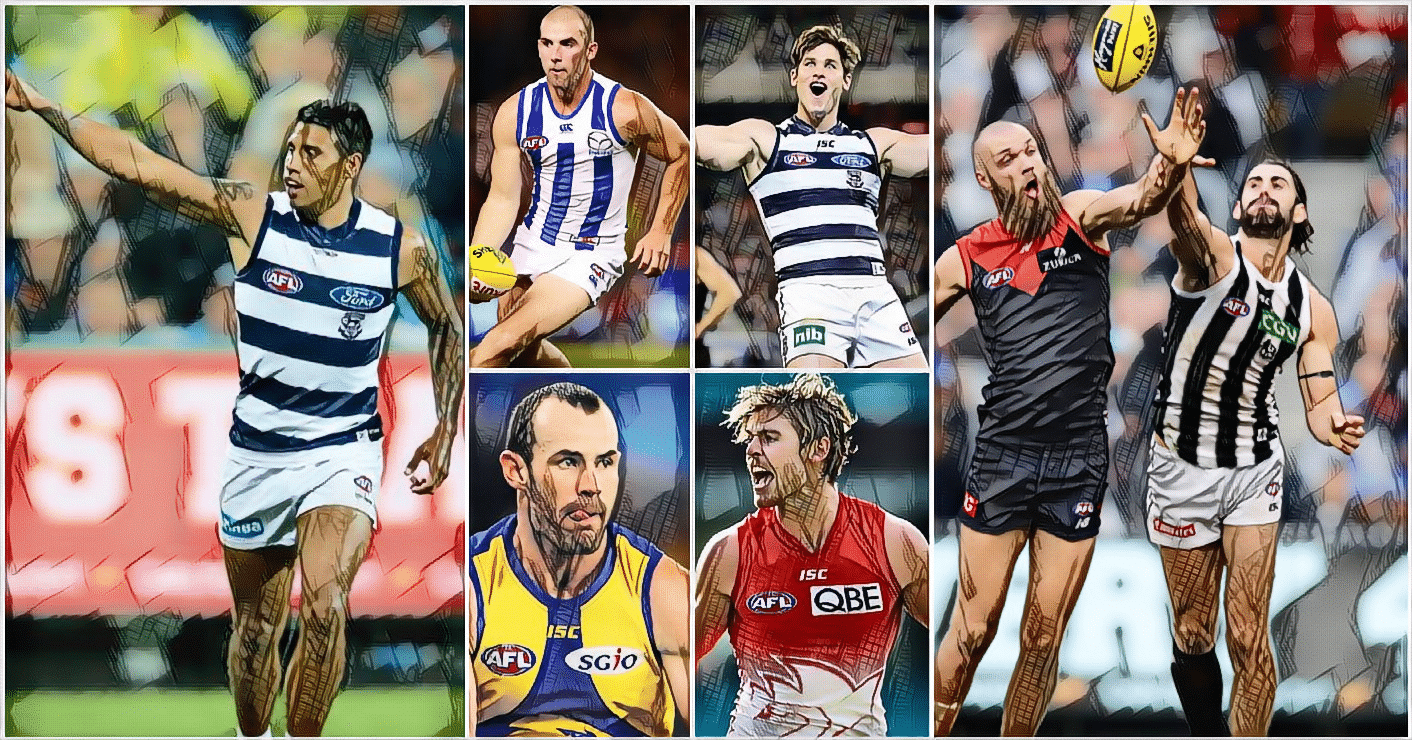 Who is number one in the new Mongrel Player Power Rankings? Click to check it out.

North return to their second home of Tasmania to take on the Giants in what will be a litmus test for their new side. They haven’t lost under their new coach, Shaw. If they can beat the Giants, then they can actually turn their season around and almost start talking finals. It would be a monumental achievement but that’s the great thing about modern footy – everyone’s in it until they’re not.

The Giants suffered a shock loss to the Crows last weekend, and find themselves on the road again, never a great thing for a footy club. On paper the Giants should return to form. However, the Roos are inspired and still a little unknown, and GWS don’t have the best record in Tassie, winning only one from three games there.

Despite that, I think the Giants have the talent around the ground to beat the Roos, and Cameron will be too much of a handful for North’s defence.