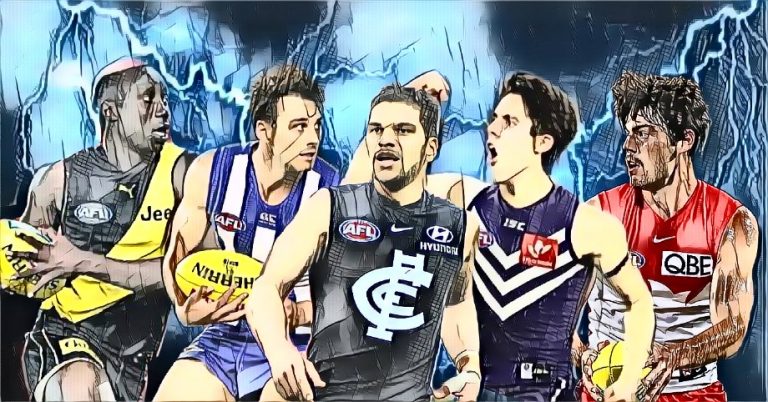 The Trade Period Ladder – Week One

One week of the annual snooze fest known as the AFL Trade Period has come and gone.

List managers have postured and pontificated, offering little and expecting a heap in return as footy’s version of Funny Buggers prepares to roll into a second, and hopefully more interesting week.

I am coming across as negative, aren’t I? Well, I do live in Melbourne… that doesn’t help, but with everything else going on in the world, there have been some glimmers of positivity for clubs and supporters to look forward to, and here at The Mongrel Punt, we do like to focus on those aspects…

Luckily, today is one of those days.

Some of the deals, both trades and free agency signings, have been fantastic pickups for clubs, and with a pause in the “action” for a couple of days, it is probably a good idea to go back and look at the ten best deals of the free agency/trade period thus far.

This content is for our paid members. Each week during the off-season, entry-level membership at The Mongrel gets at least two standalone articles (more likely to be three or four), covering the trade period, draft, free agency, as well as news as it comes to hand, and looks forward to the 2022 season. The Mongrel does the work for our members… always. Want to join us?