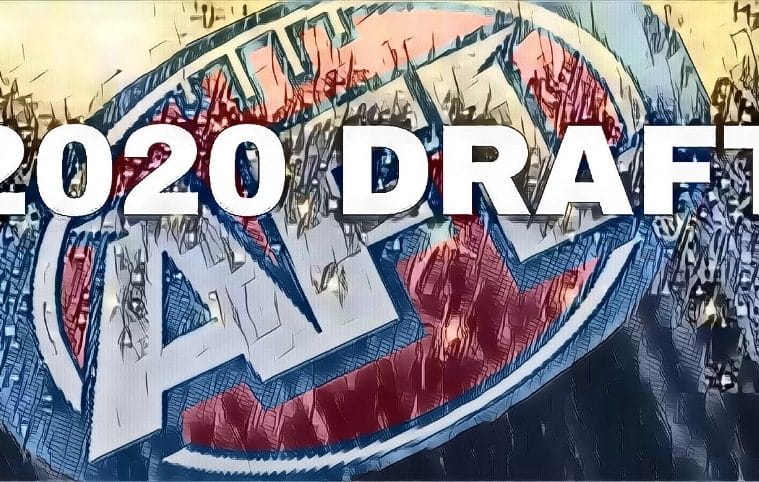 The Doc’s Draft Preview – Part One

It’s being billed as a draft year unlike no other, which is somewhat of a fair assessment

Victorians were robbed of seeing some of the best kids from both the Metro and Country areas in the NAB League this year. Players from other states have managed game time this year albeit very limited. The top 10 is supposedly stacked with tall players in comparison to years gone by, where the top picks were predominantly midfielders.

And the Academy players – my word, have you ever seen them come out in droves the way they have this year? It’s been so massive that the AFL have had to come out and alter the Academy system for next year; bit of a kneejerk reaction, considering the Bulldogs have access to the best player in the land this year, but enough ranting about the systems.

Much like when I covered the AFLW Draft a month and a half ago, I’ll be writing a couple of pieces on the under-18s to keep your eye out for on Draft night. Thank god they’re not doing another two-day Draft. I’m a bit of a traditionalist, and for years I’ve grown up watching the Drafts unfold on ONE NIGHT ONLY. I’m going off-topic again, sorry for the TED talk.

So without further delay, I bring to you the first 10 under-18s players to keep your eye out for on Draft Night.

A highly-rated inside midfielder, Trew is perhaps one of the best midfielders to come out of Western Australia in this year’s Draft. In the under-16 championships a couple of years ago, he was named an All-Australian on the back of a strong campaign in the middle. His strengths are within the contest: He’s strong, has no worries finding the footy and is equally as good distributing it to outside runners. He is also very composed and is a very good tackler when the opposition has the ball.

For the Swans in the WAFL Colts, he had 40 disposals in one game last year in and had a couple of games this year where he had 30 or more touches to go along with 10 tackles, outlining how good he can be on the inside.

The Gold Coast Suns have access to a couple of players in this year’s Draft, but this is probably the crème de la crème of talent up on the Gold Coast. At 192cm, Alex Davies already has good size on him to be another piece in what will be a killer Gold Coast midfield brigade in five years’ time. Coming from a Basketball background will mean that he has great agility already and before anyone else says it, no he’s not a Scott Pendlebury clone!

Whilst his composure and decision making might need some work, what Davies does offer up is the fact that he is already very good at winning his own footy at the source. In four games for the Suns’ Academy side last year, Davies averaged 18 disposals and nearly four clearances per game.

A mid-sized utility that has been able to play a variety of roles for South Adelaide, Zac Dumesny is a player that tasted senior footy this year in the SANFL and could be a handy addition to most sides in future years. This year he played his six games predominantly on the wing for Souths, with his efficiency by foot a highlight in his game. In recent years, he has also been a forward option, with his ability to mark overhead and finish plays off and a defensive option with his elite ability to read the play.

One of his best games this year was against Centrals in round three, recording 19 disposals, 10 marks and even kicking a goal. Dumesny isn’t overly quick, but his football smarts and versatility make him still a very welcome prospect for any club that could be looking at a player with neat foot skills and can play a number of roles.

There are a few boys from the Oakleigh Chargers that will have their names called out and one of them should be Bailey Laurie; a clever little small forward who can also provide some run and dash through the middle. It’s hard to get a full-time gig in there when you had Matt Rowell, Noah Anderson and Will Phillips running the show in the square – they made getting to the Grand Final look like it was a kick at the park on a beautiful Sunday afternoon.

But nonetheless, Laurie’s contribution to this amazing Chargers team shouldn’t be understated. He played seven games in return for six goals and averaged 15.3 disposals, three marks and 3.6 tackles per game playing more as a half-forward type. He puts in the hard yards as much as anyone else and has the innate ability to make things happen going forward with the footy, it would’ve been nice to see what he could’ve done in that Chargers midfield this year, he could’ve easily averaged 20 disposals per game.

That’s such a unique way to spell ‘Xavier’, but you know it is 2020, so who am I to judge names? What I will judge though is how he plays his footy. Zavier Maher is a young boy who has shown spurts of his elite ability of winning contested ball. I say spurts because he has had a few injury setbacks along the journey. Nonetheless, he still managed six games for Murray last year in the NAB League and showed plenty with his ability to win clearances and burst out of stoppages.

His ability to do the latter is a massive strength. He recorded under 2.9 seconds in the 20-metre sprint, which is an achievement not many people can say they have done. Also, his insane strength makes him the kind of player that can play straight away if he gets a clear run at it, but that’s a big if.

The Gold Coast Suns will have another Academy prospect in Joel Jeffrey, arguably the best talent to come out of the Northern Territory, which is a zone that belongs to the Suns. Jeffery’s athleticism and speed makes him a very enticing prospect, made better with the fact that he can be very versatile. He reads the ball well in the air, which makes him a handy intercept defender and has shown that he knows how to find the big sticks up forward as well.

Whilst still a skinny lad, he’ll require a bit of time to develop his frame, it’s something that the Suns can actually afford to do now, as opposed to throwing players into the deep end due to the talent pool at the Suns being that shallow. He’s a very exciting prospect for the Suns in the long term, he could’ve been a first-round pick if he was a live selection.

The younger brother of Western Bulldogs midfielder Jack, the young, fit Finlay plays in a similar vein to his older brother – who knew right? Another star piece in that Oakleigh Chargers team from last year showed that he is as every bit of an accumulator as Jack is, averaging just under 17 disposals per game playing more as a half forward than in the middle. Also like Jack, Finlay is quite a composed figure with the ball in his hands and is very sure of his use of the ball both by hand and foot.

Of course, due to being in a stacked midfield at the Chargers last year, Macrae’s time on-ball was limited, but in one game for Vic Metro last year at under-17s level, Macrae racked up 34 touches and eight inside 50s outlining how dangerous and how good he can be as an on-baller. He’ll easily be a top-15 selection for mine, could even break top 10 if a club is desperate for an accumulator.

Zavier is an odd name for a child: “Hold my beers,” say the McInnes family.

Yes, believe it or not, there are kids named ‘Reef’ in the world, and one of them just so happens to be making his way to the Collingwood team via their Next Generation Academy. Where he falls will be interesting, considering that the Pies have picks 14 and 16 in this year’s Draft, and would be hoping a bid for him comes after they make their two selections – he could fall anywhere from mid-first to the tail-end of the first-round, Pies fans will be hoping for the latter of the two.

At 192cm, McInnes already has a strong body compared to some of his other fellow draftees. Last year however he spent more time on the outside than in his preferred position, due to the fact that he was playing at Oakleigh, and they looked better with Rowell, Anderson and Will Phillips in the middle. But nonetheless, he showed at stages that he is strong at the source and he’s very good with his hands in close: Him and Mr Phillips would’ve made a good tandem this year. He kicked six goals in 12 games last year and also averaged 14.7 disposals and four marks per game.

Linked with Port Adelaide’s Next Generation Academy, he will be in the Power guernsey next year barring anything out of the ordinary – don’t put your house on that. Jones has a body ready-made for AFL football, he’s got great strength and with his physicality, could see him in Port’s midfield in later years. But for Woodville last year and at stages this year, he’s this strong bodied, rebounding specialist, who could find some senior opportunities early next year.

I say that because he’s pretty much played a full season at senior level with Woodville this year, and that included a Finals campaign that saw the Eagles win the premiership. He averaged 12.1 disposals, 3.6 marks and just under four rebound 50s per game to further stake his claim as one of the best defenders of the draft pool. Unfortunately for the other 17 clubs, he looks Port Adelaide-bound.

Some say when he was born, the Oakleigh Chargers staff looked him and said:

Okay that’s probably (definitely) not true, but Will Phillips on the footy field is a very strong lad and is very intelligent with his disposal, making him one of the best midfielders to come out of this year’s Draft Class. Last year he was a part of this midfield group at Oakleigh that saw them dominate clubs before them on the way to the premiership and Phillips had a big say in the matter, averaging 22 disposals, four clearances, four tackles and three inside 50s per game.

So strong was his form for the Chargers that he was actually named in the Vic Metro’s team for the under-18 championships that year. He only played one game, but the fact that he got there as a 17-year old speaks volumes about his talent and his upside. Right now, he’s a terrific inside mid that can work his way out of congestion with no problems and has shown that he is as equally good on the outside too. Could there be a reunion with good mates Rowell and Anderson if the Suns snare him with the fifth live pick in the Draft?

So that’s the first lot of 10 done and out of the way, if your favourite prospect hasn’t been listed yet, don’t panic, because I’ve still got two more parts to put out before I send it home with my yearly Mock Draft.

Stay tuned for more prospects here on the Mongrel!