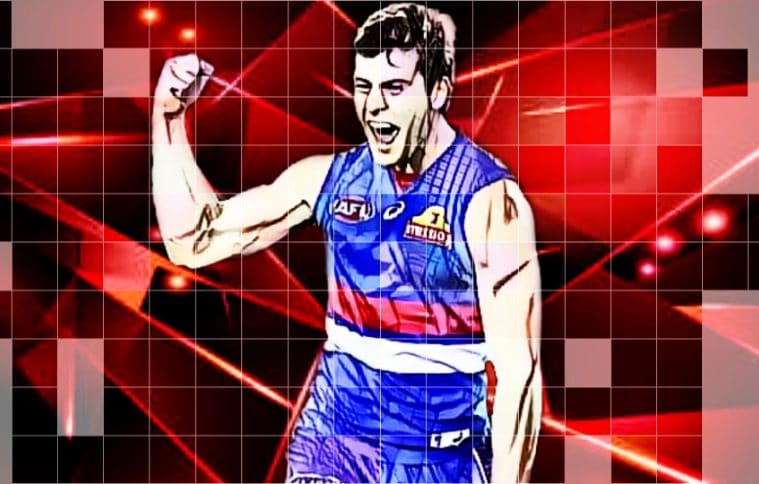 The Fixer – Could Dunkley Help Heal The Bombers’ Midfield?

It’s that time of year.

Less than a day after the Tigers hoisted the premiership cup for all to see (and envy), the trade winds have gone from a cool spring breeze to blustery with a strong wind warning as clubs attempt to improve their lists to challenge the Tigers in 2021.

And for once, the Bombers seem to be addressing a genuine need instead of recruiting more of the same type of players.

It has been nothing but doom and gloom for the past few weeks for Essendon. Amidst the stories about Adam Saad wanting out, Conor McKenna retiring and heading home, and Orazio Fantasia continuing his two year cycle of acting like a petulant child (please, don’t defend him – he has been horrible), it has been difficult to find a positive for the Bombers.

Some pressure was alleviated with Best and Fairest, Jordan Ridley recommitting to the club, and Kyle Langford doing the same, proving that the media’s “rats off a sinking ship” narrative may have once again been designed to sell newspapers rather than report the truth. Still, the continued news about disgruntled former staff and angst from “Essendon people” has continued, unabated.

However, as Jack Riewoldt cruises around in a golf cart, pretending to sip beer from the premiership cup, a potential acquisition at Tullamarine has Bomber tongues wagging in a very positive light, and anyone who knows football are nodding their agreement.

The move centres around Bulldogs star, Josh Dunkley and a potential move to the Bombers for the 2021 season. Though this has been hosed down emphatically by Bulldogs CEO, Ameet Baines, I am a strong believer that where there’s smoke, there is at least the embers of a fire. Whether that fire roars to life as trade period kicks into gear will be something to keep a close eye on.

Anyone who has watched Dunkley go about his business over the last few years knows that he is THE perfect player to address their midfield issues.

Dunkley relishes the contest – he cracks in hard and wins his own footy. More than that, he has a strong defensive side to his game, and loves dragging someone down in a perfectly executed tackle. A midfield with Dunkley and a fit Dev Smith would be like that underrated Futurama character… CLAMPS!

Dunkley was squeezed out of the Dogs’ midfield rotation for the most part in 2020, relegated to a half-forward role whilst being used as a ruckman as well – yep, a 190-centimetre ruckman banging bodies (in the not-nice way) with 200+ centimetre rucks who had a good ten kilograms on him.

2020 was an anomaly in terms of the performance of many players. Stats-wise, it was a crapshoot, with the reduction in-game time having effects on not just numbers, but the way certain players were able to play their games. Josh Dunkley is definitely counted amongst them.

After a blistering 2019, Dunkley was -10 in disposals per game and his time up forward reaped no real rewards in terms of scoreboard impact. In a nutshell, his 2020 was a wasted season, and I would not blame him if he felt frustrated at all. Missing five games early in the season, he found it very difficult to work into games, and cracked 20 touches just once in the entire season.

In contrast, Dunkley hit that mark in every game after Round Five in 2019. Again, he was played as a forward through the first five weeks of the season before Luke Beveridge shifted him into the guts.

There is zero question that Dunkley is the kind of midfielder that adds genuine grunt to a team, however with Tom Liberatore, Bailey Smith and Marcus Bontempelli dominating time in the middle, and Jack Macrae continuing on his ball-winning ways, something had to give. That ‘something’, or ‘someone’ in this case, was Dunkley this season. His relegation to a “lesser” role may be the driving factor behind his desire to move.

Was he a fan of the move to the flank? We don’t really know, but given what he can produce in the middle, he’d have to be wondering why his obvious strengths are not being capitalised on At The Kennel.

Here are some numbers to mull over.

In 2019, he had a string of games in the middle that were incredible, hitting 8+ clearances six times in 18 games and registering double figures in tackles three times. Dunkley had 30+ touches 11 times in the last 18 games of the year as the Dogs rampaged toward the finals, only to be dealt with the Giants in the first week.

Still, that kind of production simply cannot be ignored. When given his freedom in the middle, Dunkley is a wrecking ball.

Could he be content playing out of position as his team registered the same result as they did in 2019?

At Essendon in 2020, Dylan Shiel averaged 4.93 clearances per game. Andrew McGrath slotted in with 4.86 per game. Shiel’s drop off was only slight and commensurate with a shortened game time in 2020, after averaging 5.36 in 2019. Dunkley was not far behind him, with 5.17 clearances in 2019, however if we get rid of the first five weeks where Dunkley was trialled as a forward, Dunkley’s clearance numbers jump to 6.11 per game. That would slot him in at number 13 in the league overall and bump Bont down to second at the Dogs. That is the kind of presence the Bombers have been missing!

Whether there is truth to this potential deal or not, the fact that Essendon are now going after the type of players they require and not those who dance around the outside of packs is a step in the right direction.

Whilst I am in no way a critic of the Dylan Shiel acquisition, or the moves that brought Dev Smith to the club – both have been excellent at points, the big need for Essendon has not changed over the past four or so years – the lack of a genuine inside midfielder.

Not since Jobe Watson retired have the Bombers had a genuine, powerful inside presence. The Brownlow Medallist (yes, I still consider him a Brownlow Medallist) loved the contest and thrived under pressure in the clinches. Since then, the Bombers have trialled David Myers (eek!) as well as trying to force square pegs into that round hole. Blokes like Shiel, Merrett, Heppell and McGrath are fantastic players, but all of them are far better as the release-player, running after the ball is farmed out. They’ll still get the ball inside, but that is not their preferred role.

Plenty of people have enjoyed sticking the boots to the Bombers this past season, and that has carried over into the off-season, however, in going after Dunkley the Bombers are beginning to actually address the issues, rather than wallpapering over them.

What it will cost them will be interesting, but if they get a decent return for Saad, flipping it to the Dogs for Dunkley could be a step to getting a deal done.

The Dogs might continue denying Dunkley is on the table. With two years remaining on his contract, he is undoubtedly a great asset, but an asset that wants to be somewhere else is an asset you probably shouldn’t hold onto – a lesson Essendon learnt the hard way this season.

Irrespective, that is the way trading works. Ameet Baines may genuinely want Dunkley on the books next season and can state it all he wants, but if the Bombers come knocking with an offer that is more than fair, he’ll come around.

Deny, make a statement, get an offer, wink, nudge… and the next thing you know, Dunkley is a Bomber.

And if he is, Essendon fans will definitely have something to look forward to in 2021.