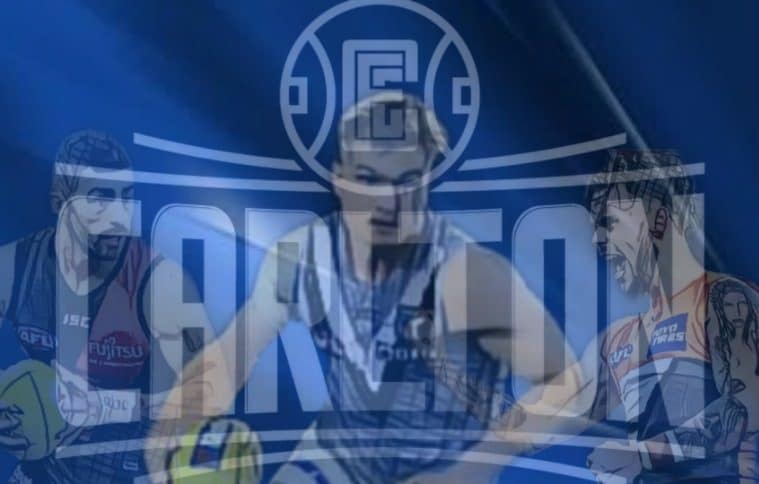 The emergence of the Carlton Football Club as a preferred destination for want-away stars over the past couple of seasons has been a huge positive for an organisation that has suffered for so long.

With the acquisition of Jack Martin, the failed pursuit of the very-eager Tom Papley, and now with the intentions of both Zac Williams and Adam Saad to wear navy blue, Carlton fans might be finally ready to believe that their team can challenge again.

In isolation, the potential additions of Saad and Williams in the upcoming trade period will bolster a team that looked as though it may contend for a top-eight position this season, before falling away. But are they the pieces to the puzzle that Carlton require, or are the Blues simply trying to squeeze them in by force?

Any Carlton fan will tell you that the club requires help for Patrick Cripps in the middle. He has been shouldering the load in terms of both contested possessions and clearances for ages, with little help other than from the, admittedly fantastic, workmanlike efforts of Ed Curnow. Initially, Sam Walsh was seen as the answer to Cripps’ woes, but his slight frame and running game saw him deployed to a wing this season. After a brief period of adjustment, Walsh rampaged home to be one of the top men in that position for the season (for the record, he finished third overall in our wingman rankings, behind only Sam Menegola and Andrew Gaff).

So in picking up Williams and Saad, how are Carlton helping their star player? How are they addressing the need that has been so apparent for years?

Saad is an outside player. There is no mistaking this in any way, shape or form. Reportedly looking around the $600K per season mark, Saad’s run off half back, or the wing will no doubt drive the Blues and add to their running capacity. But how does it aid Cripps?

The short answer is – it won’t. Cripps will have to do what he has always done. He will have to put this club on his shoulders and work like the contested animal he has always been in the middle of the ground to ensure the Blues get first use of the footy. Saad may well be granted his wish of playing a more attacking role at Carlton (There is a bit of the tail wagging the dog in this) but whilst I will not dispute that he is a quality addition, is he the addition they actually require?

Fear not, I hear some of you think – the Blues are also picking up Zac Williams, and he will play in the midfield to help Cripps.

Aside from a highlight here or there, what do you actually know about the game, and the durability of Zac Williams?

Yes, he is a good runner from defensive fifty.

Yes, he takes the game on.

Yes, he did spend 4-5 games in the middle for GWS as they surged into contention in 2019.

But what you don’t know, or perhaps what you don’t want to know is that the Blues are taking a huge risk in signing someone who has played 35 of a possible 64 games over the past three seasons to a big contract. His 2019 season was excellent – nobody will dispute that, but it doesn’t take a nutritionist to tell that Williams was not in the same shape entering the 2020 season, and he seems to be the kind of player that has to be at his absolute best to stay on the park.

In addition, is he the player that can help Cripps at the coalface, or is he another square peg in a round hole for Carlton? Are they accumulating good players, but not the type of players they genuinely require?

Williams, like Saad, is an outside runner. In 2020 he averaged just 5.0 contested touches per game, and even in his best season – 2019, just 8.96 of his 23.67 disposals were contested. Yet if you listen to some Carlton supporters, many think that Williams will be thrown into the midfield to provide ongoing grunt and ball-winning help for Cripps.

Nup… that’s not his wheelhouse, and when he’s not completely fit, it is even less his cup of tea.

But we’ve seen snippets that indicate that there is the potential he could make THE difference, right?

In 2019, with the GWS midfield hurting and players sidelined, Williams moved into the middle and produced some good numbers. Over the course of three games in the home and away season (R18, 19, 20) and then in the Preliminary Final, Williams stood up for the Giants. In those four games, he averaged 26.5 disposals, 6.25 tackles and 6.0 clearances. He also added ten contested touches per game in those games where he played in the middle.

Look, it could turn out that both Saad and Williams flourish at Carlton. Both seem to be eager to provide something not currently being asked of them at their respective teams, and I am a big believer in the fact that all some people need is a chance. There is a vacant spot in defence with the retirement of Kade Simpson, and the role of Sam Petrevski-Seton as a small defender is far from set in stone. If the hopes of these two playing further up the ground diminish, there are roles they are more accustomed to in defence available.

Whilst the added run of these players will undoubtedly give the Blues a faster transition, the matter of help for Cripps remains a concern. Those huge shoulders started to give way in 2020, with the co-captain heading in for surgery at the end of the Blues’ campaign. There is a strong argument that he should have gone in earlier.

Both Cripps and Harry McKay are coming out of contact after the 2021 season and both will be commanding large paydays. McKay has the potential to be the best contested marking forward in the game, and Cripps… well, he is Patrick Cripps. With Saad and Williams both on big money, the Blues must be mindful of how they move this off-season, and importantly, who they move with.

The science of shaping a team is not an exact one. Essendon have been a team that took players who were available simply because they were good players – Shiel, Stringer, Smith – but they have yet to actually fill the need that has plagued the club since the retirement of Jobe Watson; the lack of genuine inside midfielders. They have thrown Heppell, Merrett and McGrath into the role hoping one of them emerges as an inside brute, despite knowing that all are more suited to playing roles on the outside.

Carlton must be mindful they do not fall into the same trap.

The Blues know they need some midfield grunt to help Cripps. Their supporters know it, too. So, is courting two career half-back flankers the way to go to rectify that issue? And at what cost?

This trade period could very well hold the key as to whether the Blues can emerge as a legitimate finals contender in 2021. Look at the top teams now – packed with hard-bodied midfielders in abundance. Neale, Lyons and Berry at Brisbane. Martin, Prestia and Cotchin at Richmond. Dangerfield, Selwood and Guthrie at Geelong. Port has Boak, Rockliff and Wines.

At Carlton, you have Cripps, Ed Curnow and… potentially Zac Williams?

Whilst much is being made of these potential moves to Carlton, there is one that is not being talked about widely.

And he could be the piece to the puzzle that needs no forcing.

When Port Adelaide conclude their finals campaign, we will get a clear indication as to whether Ollie Wines is still keen to explore his options. It’s been all-quiet on that front, as you’d expect with his team in the premiership race up to their eyeballs, but after the rumours of 2019 and the unrest in the Wines camp, it would be remiss of Carlton to not ask the question of his availability.

The inside support he could bring to the club, as evidenced in Port’s recent wins over Collingwood, Geelong, and earlier in the season, Richmond, would give Carlton exactly what it has needed for several seasons. Not the run of Saad and Williams, but the power and hardness of Wines.

Carlton is a destination club right now, but they just have to get the right players to make it their destination. The former Port Adelaide captain fixes a lot of what ails them.

Can the Blues pull off the move for the big fish to turn around their midfield? Watch this space.