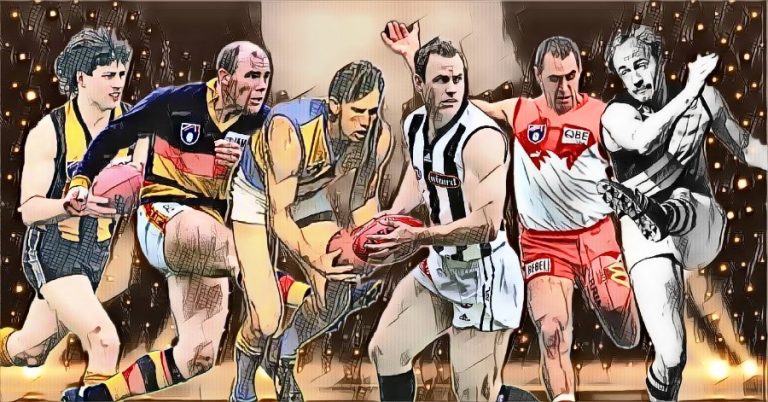 Just How Good Were They? Volume Two

We tend to remember the champions – the premiership heroes, the Brownlow Medallists, the blokes who kicked huge bags of goals. They stand out in our memories and many of us, myself included, have lionised them over the years, making them seem grander than perhaps they really were.

The AFL Hall of Fame is littered with players who excelled at the highest level and achieved enormous feats of brilliance on the field, but just below them is a level of player that never really gets the recognition they deserve. Sure, they have their name read out and accept their place in the Hall, but they know they’re never going to achieve Legend Status. They are champions of the game in their own right, but their careers were either overshadowed by one or two players now considered all-time greats, or they were cut down due to injury.

Here at The Mongrel Punt, we have always endeavoured to look a little beyond the obvious, and surprise, surprise, this is exactly what we’re looking to do here, as well.

In part two of our series profiling the unsung heroes of the game, we look at some of the players who were vital to their teams’ success, but for whatever reason, don’t get the credit they deserve.

And believe me – there are plenty of them.

The first of this series can be found below. It’s the freebie. The remainder are for our members.

Just How Good Were They? Volume One