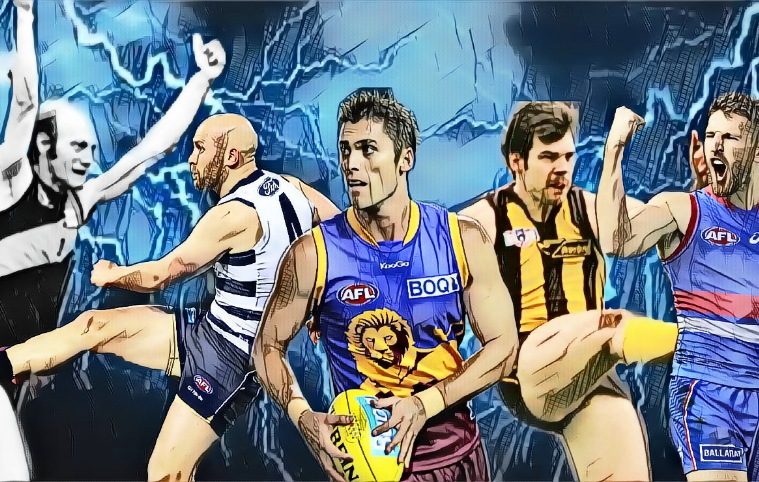 The Best Player On The Best Team

As we head toward the 2021 Grand Final, Marcus Bontempelli has the opportunity to join a pretty exclusive club. Of course, to do that, two things have to go his way.

His Dogs have to get over the Dees in the biggest game of the year, and he has to be named the 2021 Charlie Sutton Medallist.

Easy, right? It’s Bont – he has had a blinder in 2021 and with two B&F awards in premiership years, he’d be joining some of the greats of the game.

But enough about what could be – the Dogs’ captain has a game to win first. Time to focus on those who have actually accomplished it.

In the past 40 years, it is a feat that very few have been able to accomplish – winning multiple Best and Fairest Awards in premiership years.  A lot has to go your way to receive this accolade – first of all, your team needs to win the flag more than once, and as supporters of teams like St Kilda and Fremantle will attest – winning it once seems so far off at times.

The second aspect is competition within your own side. Premiership teams tend to be stacked with talent. Whilst a champion team will always beat a team of champions, having two or three of those champions on your side in big games never really goes astray. What this also means is that there is a lot of competition for the Best and Fairest award at your club when you’re at the top.

Whilst guys like Bob Skilton and Kevin Murray hold the record for most Best and Fairest awards ever (nine apiece), and both have Brownlow Medals to their name, neither man can really lay claim to being the best player on the best team.