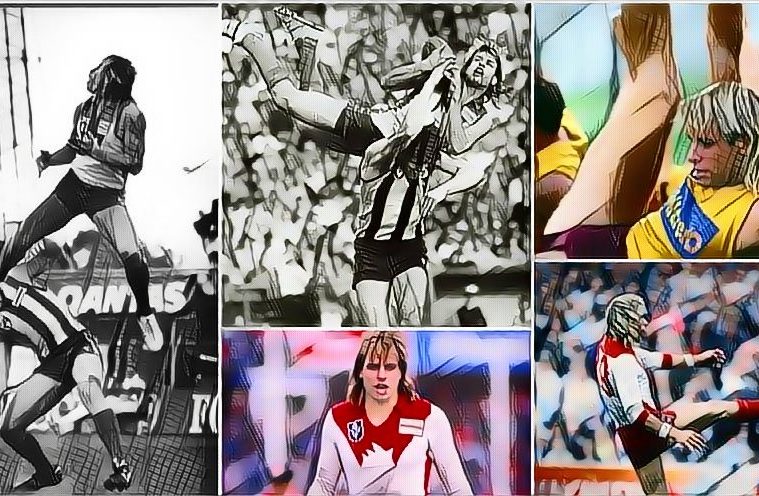 In this series thus far we’ve covered players who have made a name for themselves with acts of villainy that cannot be refuted.

Phil Carman’s headbutt of a boundary umpire, Wayne Carey’s off-field indiscretions, and the carnage wrought by a rampaging Dermott Brereton have all earned the ire of rival fans at points, but today’s subject is not the tough guy.

Those I mentioned above were tough blokes. They dished it out on the field, and they took it when it was their turn to put their head over the ball, but our subject today never dished it out. He may have copped it here or there (Mick Martyn in particular liked to make him “earn it”), but he was derided more for what he wasn’t than what he was.

When you think of the name Warwick Capper, to where does your mind wander? Is he really a villain in the V/AFL landscape? Or should that title be taken by the players at the Brisbane Bears?