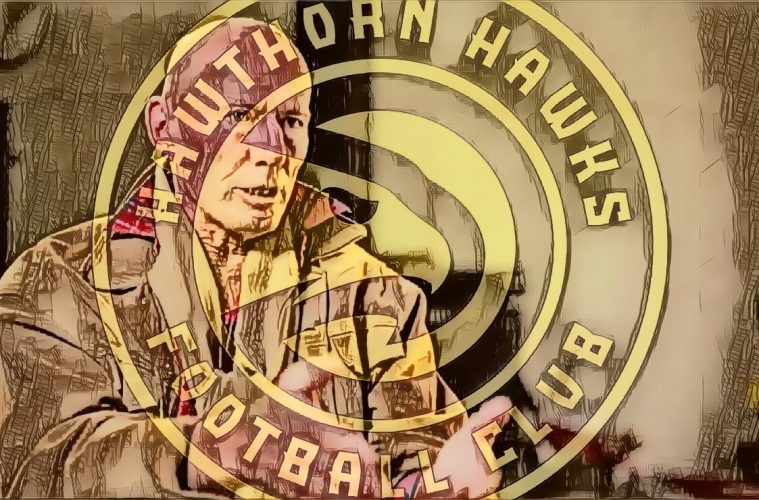 Premierships are won on the hallowed MCG turf on the last Saturday in September. That’s the story the AFL expects you to believe. Flags are won on the field, not under the table.

While fans can rest – relatively – assured that this is the case in the modern game due to the degree the league controls player payments of its clubs, there was a time when premiership cups were delivered less on the last Saturday in September, and more in brown paper bags when negotiating deals.

The first dozen years after the then-VFL implemented the salary cap in 1985, in what was the beginning of the age of equalisation, salary cap cheating was rife in the competition. It was particularly prevalent in the teams that held aloft the cup. History will show that the mid-1980s to the mid-1990s saw a farcical VFL/AFL competition. As the game expanded onto a national stage, premierships were illegally bought rather than won, to an alarmingly extent. The widespread salary cap cheating involves up to seven premiership teams, four clubs and two esteemed modern football dynasties.

The AFL record books show that the 1993 premiers, Essendon is the only side to have been adjudged to have breached the salary cap in their premiership year. This is outrageously incorrect, but we will get to that.

The famous “Baby Bombers” of 1993 were at the centre of the league’s first major salary cap scandal when a joint AFL and Australian Tax Office investigation found that the club had committed a series of systematic cap breaches between 1991 and 1996. Over that period Essendon cheated the cap by $514,500 including $110,000 in 1993, the year they won the flag.

The club was savaged with a $638,250 fine for systematic salary cap breaches and draft tampering, and were disqualified from the first three rounds of the 1997 National Draft and the entirety of the rookie and pre-season drafts. Yet, critically the flag was not stripped from them.

It would prove to be a dangerous precedent.

However, the fans of the 1993 losing grand finalist, Carlton cannot be crying foul as they too were comfortably over the cap in 1993 by $85,000. So, with the top two teams in breach of the salary cap, perhaps third ranked Adelaide are the legitimate premiers if we’re looking at things fairly? It seems greater forces were at play, and they cost them an opportunity to hold the cup aloft four years earlier than they eventually did.

Essendon’s diabolical conduct pertaining to the salary cap was only topped by the Carlton fiasco that saw the Blues annihilated by penalties. Many believe the club has never recovered from the league-imposed punishment. The AFL found that Carlton operated outside the salary cap in 1998 and 2001 and were subsequently fined a then Australian sporting record of $987,500. But that is only half the story. Carlton’s 1995 premiership title, the club’s only flag in the AFL era, is also tainted by salary cap cheating.

One of Carlton’s finest ever players, and 1995 Norm Smith Medalist, Greg Williams was receiving illegal payments through a construction company, outside the salary cap. These payments totaled $200,000 between 1993 and 1995. Malcolm Blight’s Geelong were the losing grand finalists and would rightfully consider themselves hardly done by. The best player on the ground in the Grand Final the Cats lost was being paid under the table.

“If someone wants to cheat year after year they deserve what they get. This was a club that cheated and rorted over a period of years and they deserved everything they got and arguably plus some more.”

The Blues may have kept the flag, but the Carlton Football Club logo started to resemble more of a target than the familiar CFC design following that year.

Moreover, the wide-reaching significance of Carlton’s 1995 premiership has never really been fully examined. Carlton and St Kilda were engaging in merger talks throughout the mid-1990s as part of the AFL’s aggressive strategy to secure two mergers of Victorian clubs. The merger talks only ceased as a result of Carlton’s 1995 flag, a result befouled in salary cap deceitfulness. Carlton’s 1999 grand final appearance had similar ramifications for the club’s survival as Carlton and North Melbourne only called off their merger negotiations due to both sides qualifying for the 1999 decider, another year in which Carlton rorted the salary cap. Thankfully, the Blues lost to a mighty Wayne Carey-led Kangaroos outfit who won their second premiership in four years, fair and square.

Although, same cannot be said for that first flag of the successful North Melbourne era.

In 1996, the AFL quietly fined North Melbourne a modest $30,000 for breaching the salary cap, in a season which they won the premiership. The AFL, unlike the NRL via its action against Melbourne Storm, again decided against stripping the flag from the Kangaroos. If they did, football history would have dramatically changed, as Leo Barry’s stardom would not have been necessary to end the game’s longest premiership drought in 2005. The Swans’ unenviable streak would have instead been cut short at sixty-three years in 1996. But North Melbourne’s era of dominance of the mid-to-late-1990s that saw two premierships, three grand finals and seven consecutive preliminary finals, is not the only football dynasty to come under question.

Between 1983 to 1991, the Hawthorn Football Club won five premierships and played in eight grand finals, including an unbelievable seven in a row. The team is widely regarded as the game’s greatest of the past 60 years, boasting champions such as Leigh Matthews, Jason Dunstall, Michael Tuck, Dermott Brereton, Peter Knights, John Platten, Gary Ayres and Robert Dipierdomenico. The team’s sheer longevity as a collective was most remarkable due to the side’s ability to keep its cavalcade of club champions together.

When asked to explain the team’s greatness in an extraordinary radio interview on 3AW last year, Don Scott, an instrumental figure in saving Hawthorn from a proposed merger with Melbourne, confessed that the club used to “pay well over the salary cap” to “star players” during that era of success. Scott revealed that this was why these players “stayed at Hawthorn” and that it was an illegal bank account in Tasmania that hid football’s biggest secret.

With the salary cap being implemented in 1985, if Scott’s stunning revelations are to be believed, the integrity of up to four of the club’s five flags during this golden era are dragged into question. These flags are 1986 (against Carlton), 1988 (against Melbourne), 1989 (against Geelong) and 1991 (against West Coast). However, the AFL never found Hawthorn guilty for breaching the salary cap during its successful reign. The secret bank account Scott mentioned must have been a very well-kept secret.

The annals of premiership history are filled with moments of brilliance, of resilience, dreams, triumph – and sadly, asterisks. A premiership cup, unlike a Brownlow, has never been handed back in the history of the V/AFL. Blind eyes have instead been turned as brown paper bags have exchanged hands, and additional payments have been swept under the carpet.

The AFL took forever to get their financial house in order as the competition expanded. Teams like Geelong, West Coast and Adelaide were punished for following the rules, whilst teams operating well outside the realms of what is fair and equitable were allowed to keep the rewards obtained via rorting the system.

Carlton paid for the 1995 flag several times over as they were hit with sanctions for later transgressions, and Essendon’s punishment, though less publicised, was at least something to deter them trying again. North Melbourne and Hawthorn seem to have benefited from simply being able to sneak under the radar.

At times you’ll hear old timers pine for the good old days of footy. They want the biff back, the long kicking and contests in the air, but with the good old days come a raft of issues they don’t readily remember. We simply cannot go back to the good ole days when goals and points meant little compared to dollars and cents, all in the pursuit of glory.