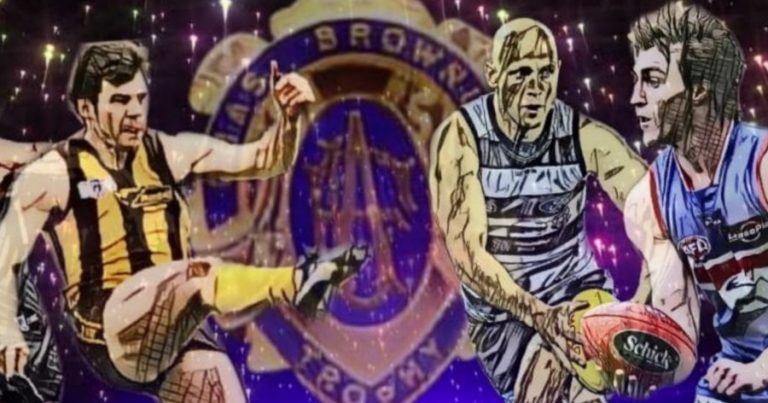 When I think of the Brownlow medal, images of the winners spring to mind. There they stand, on the podium with a glass of champagne, toasted by the football world for their outstanding season. They are the best of the best and are immortalised in that moment. The title ‘Brownlow Medallist’ isn’t something that comes easily.

More recently, it was Ollie Wines standing on a dais, accepting the medal and accepting the adulation of the footy world. He would win in what was a thrilling count (a rarity for the Brownlow), finishing three votes ahead of Marcus Bontempelli, who sat watching, wondering what could have been.

The next time Hamish McLachlan stands a little too close to the winner, asking him to bare his soul after taking out the award, spare a thought for the guy who, had one or two things gone differently, could have been the one standing up there. Bont may well get another chance to “take Charlie home”. It won’t be this season, but he has time on his side. Footy history, however, tells the tales of players who were so close to winning on multiple occasions, but just couldn’t get over the line.

They thought they had time, as well, but chances to win the Brownlow do not come by often.

Paywall… what a pain, right? Well, it is how we survive and keep the page clean of gambling ads. Yeah, that’s right – we don’t just talk about how bad they are, we just don’t accept their coin. This article is the fourth of five – maybe six members’ articles this week. There’ll be six this week – maybe seven. How’s that? You can access this, additional exclusive columns, and get the game reviews from HB earlier than everyone else by becoming a Mongrel Member. Plus, you help us grow.