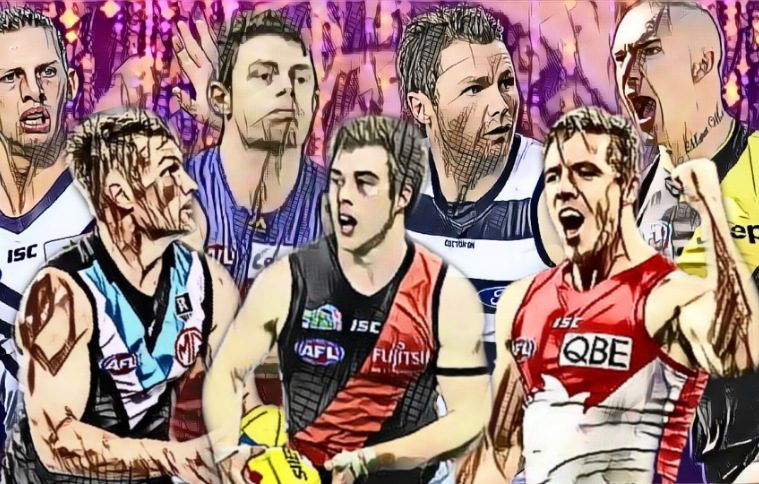 In recent years we’ve seen Nat Fyfe, Tom Mitchell, Patrick Dangerfield, Lachie Neale and Dustin Martin collect the award, but how have those blokes fared over a five-year duration? And headed into the 2021 count, how has history treated them? What info can we glean from the past to inform us as to what may occur in under a week’s time?

The Mongrel once again uses the most complicated mathematical theory at his disposal (addition… and at times, I do struggle with it) to compile the highest vote winners over the 2016-20 seasons to find just who has been the best over the last five seasons.

So, how about that Luke Parker, huh? A very consistent last five seasons have seen him compile quite a number of votes. I have to admit, I was a bit surprised by how high he ranked here. He has not tallied lower than ten votes in any of the previous five seasons and is probably now fitting into the underrated category in terms of recognition in the league. With another Swans Best and Fairest Award under his belt, and a history of collecting votes, he may well feature prominently again in 2021.

I bet a few of you thought Dusty was going to reign supreme, right? Nope… but I am sure you Richmond supporters can sit back, think about those three premiership cups, Dusty’s three Norm Smith Medals, and have a good smile. He is a finals player, after all.

Is that a dig at Dangerfield? Maybe a little.

On a serious note, at this time last year in the Five-Year Brownlow I wrote of how Dangerfield needed a flag to cement his legacy in the game, but with another season gone and his team turning in a less than impressive Preliminary Final showing, will he simply be remembered as a great home and away player that just couldn’t get over the hump in terms of being a premiership player?

It’s happened to other greats. Bob Skilton, Robbie Flower, Robert Harvey… Nathan Buckley. Is Danger the next player to slot in alongside them as fantastic players with an asterisk next to their names? Great player – yes, but a great player without team success is… well, look at the way people speak of Karl Malone’s NBA legacy (personal stuff aside). That’s the way Danger is headed without a premiership. The Cats were close in 2020, a bit further away in 2021, but with a long 2022 ahead of ageing legs, the challenge is before them. Can Dad’s Army do something amazing?

Or will they be surpassed by some of the other contenders.

The big movers were Jack Macrae, who jumped up from 20th to 13th overall after the 2020 count, and Zach Merrett’s performance over the last five years cannot be discounted either. He now resides comfortably in the top ten and at 26 years old, he has some really good years ahead of him, too. He was incredibly consistent for the Bombers over 2021 and may surprise a few with how well he polls. Should it be a surprise, though? The bloke is top ten for the last five years – I wouldn’t be surprised if he is the fly in the ointment of some of the favoured contenders. Max Gawn continued a stellar run in 2021 after moving from 19th up to 11th overall following the 2020 season.

Meanwhile, the two favourites with the bookies have both featured prominently in recent years. Ollie Wines is now in the top twenty despite a very lean 2019 season, whilst Marcus Bontempelli is an impact player who never fails to capture the attention of the umpires.

So, what does history tell us?

Bont will poll well. As will Ollie Wines. Zach Merrett is the sleeper (but we should be wide awake about him), whilst Max Gawn could combine with Clayton Oliver and Christian Petracca to steal votes from each other.

And it will be interesting, post-Brownlow, to see how Dusty and Danger poll in the five-year Brownlow once their 2016 scores are deducted (35 and 25 votes, respectively). Stay tuned for the 2021 update in the days after the Medal count.

As always, if you’d like to support us to grow and produce more of this great (?) content, you could become a member by clicking the image below. It helps us stay gambling-ad free, enables us to grow and, hey…I’d really appreciate it.

Click the image below and help an old mongrel out.