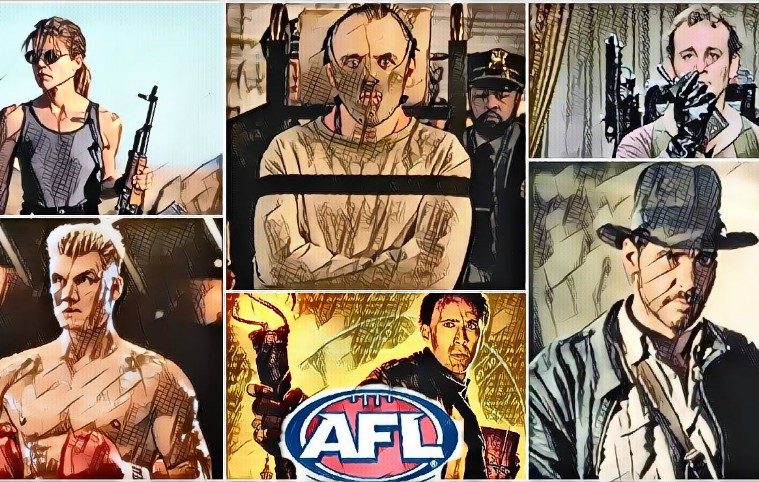 So, after the resounding success of our WWE/AFL Draft crossover last month… yeah… I thought I’d jump right back in and see if I can tempt you to join the conversation a little more… robustly this time round.

Am I flogging a dead horse? Maybe, but it’s my horse and I’ll flog the hell out of it if I wish.

And just in case I am flogging all but the skeletal remains of a dead horse, I am enlisting the help of one of our most popular writers… Mrs Mongrel. Apologies in advance for the number one pick.

So – the movie character draft; I have a rule or two.

No superheroes. It’s a pretty easy one. Anyone with superpowers is out. You can’t have Gold Coast drafting Superman and The Flash with picks one and two and building an unbeatable speedy combination. Also, who won that race between Flash and Superman? I was very interested in the outcome of that one.

No one with special powers. No X-Men, no Darth Vader and no other force users. I want normal, everyday people drafted into these teams. They may be extraordinary in many ways, but I don’t want any supernatural shit clogging up AFL lists. No Linda Blair as Reagan from The Exorcist. No Wolverine using his claws to drag people down in tackles, and no T-800 asking for your clothes, your boots and your motorcycle.

No non-humans. No Legolas the elf, although his agility and hand-eye coordination would be invaluable.

Just the normal kind of extraordinary in this draft, please.